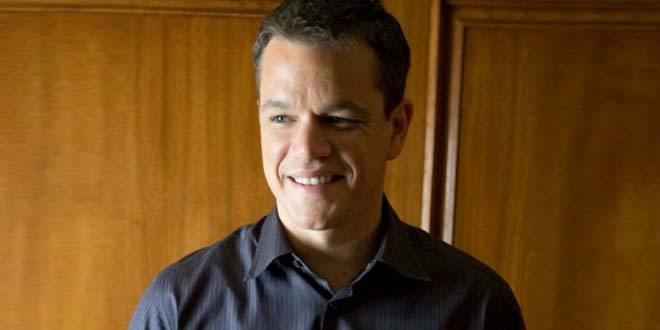 Every 90 seconds a child dies because they lack access to clean water and sanitation, said Actor and Co-founder of Water.org, Matt Damon. Speaking to NDTV’s Prannoy Roy at the World Economic Forum on Tuesday (January 17, 2017), he said that this was something that was completely preventable and emphasised the importance of collectively working towards creating access to toilets, sanitation and clean water for everyone.

“There are around 2.4 billion people on our planet who lack access to adequate sanitation. That is about 1 in 3,” said Damon, “If you are in a slum in India, the municipality is piping water right under your feet, but you just don’t have access to it.”

In India, as per government data, 450 million people have no access to toilets and are forced to defecate in the open. This is nearly half of the country’s population.

“The fact is that 40 per cent of people in rural areas do not have access to proper toilets. The good thing is that the government and the people are so behind this now with the Swachh Bharat Mission. Unlike any other country in the world, India has put a spotlight on the issue and said that it will solve the crisis,” said Gary White who, along with Damon, co-founded Water.org.

Setup in 2009, Water.org, works to help people around the world gain access to clean water and sanitation through their ‘WaterCredit’ programme which provides small loans at low-interest rates to individuals looking to set up water connections and build toilets in their homes.

According to the organisation, this has helped four million people across eight countries, including India, and has a 99 per cent loan repayment rate.

“We at Water.org are incredibly proud to play a role in that (Swachh Bharat Mission) and help people as microfinance partners,” said White, taking about WaterCredit’s role in India.

Damon explained that the WaterCredit loan essentially helped people “buy their time back”, which gave them more time to work and generate the income which can then pay off the loan rather than standing in line for toilets or spending time looking for water.

A Burden on Women

He also talked about how these problems took the biggest toll on women.

“Across countries and cultures, this work (scavenging for water) is left to the women and girls and it robs them of their potential. It is so time-consuming and often young girls aren’t in school because they are busy scavenging for water for their family. Obviously, that has a huge impact on the outcomes they can expect in their own lives,” he said, adding that girls in Africa and India often had to drop out of school because there were no toilets.

According to a study undertaken by the World Economic Forum, ‘water crisis’ is one of the top five global risks, in terms of the impact it has on people’s lives, that is currently being faced.

20,000 Youths To Be Trained And Deployed As ‘Swachhta Doots’

Update Report On The Status Of Ganga Clean-up: SC To Centre