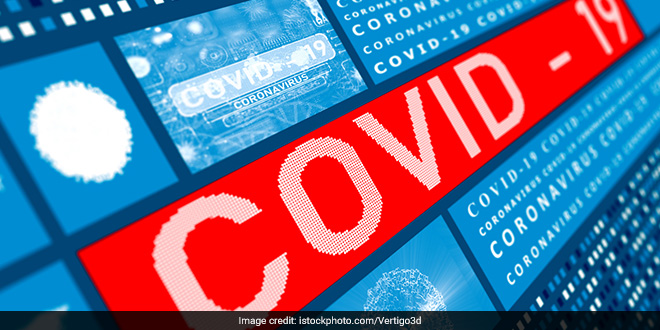 Hyderabad: There may be at least six lakh people in the city who have been infected by coronavirus with a large number of them asymptomatic and need no hospitalisation, a study said on Wednesday (August 19). Conducted by CSIR-Centre for Cellular and Molecular Biology and CSIR-Indian Institute of Chemical Technology, the study said individuals infected by SARS-CoV-2 shed virus not only through nasal and oral routes but also through faeces. In a joint effort, CCMB and IICT harvested the sewage samples of different sewage treatment plants (STPs) in the city to estimate the number of potentially infected individuals, it said.

Also Read: Here Is How Telangana, Which Has Seen Rapid Rise In Number Of Cases In Recent Weeks, Is Fighting Against COVID-19

This study, covering about 80 per cent of the STPs in Hyderabad, revealed that there are nearly 2 lakh people who are shedding viral materials. Since only 40 per cent of the sewage reach STPs, this data can be used to extrapolate the overall number of potentially infected people, which turned out to be approximately six lakh, that is, around six per cent of the population, which includes symptomatic, asymptomatic, and also recently recovered individuals in a time window of about35 days, the CCMB said.

The findings are posted on preprint server MedRxiv, which is yet to be peer reviewed, it added. According to a press release from the Telangana government, as on August 18, there are 95,700 positive cases reported in the state. Director, CCMB, Rakesh Mishra said if such studies are carried out in coordination with civic bodies, it would help identify the hotspots and take necessary measures.

Our finding clearly indicates that a large proportion of the affected individuals are asymptomatic and did not need hospitalisation. This is also in agreement with the observation that hospitalisation rush or mortality is way lower than otherwise expected with such a large infection rates at a given time, the CCMB director said.

“It explains why our healthcare system has been able to handle reasonably well the situation during the pandemic,” he said.

All the experiments were conducted at the CSIR-CCMBCOVID- 19 testing facility and the teams were from CSIR-IICT and CSIR-CCMB, according to the release.

Also Read: COVID Fighters: Victoria Jayamani, A ‘Much Loved’ Head Nurse In Hyderabad Died Of Coronavirus Just Days Before She Was To Retire

Related Topics:
Coronavirus Hyderabad
Up Next

Swachh Survekshan 2020: Will Indore Win The Cleanest City Of India Title For The Fourth Time?