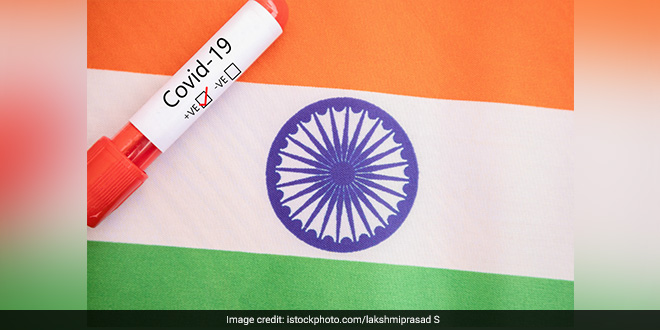 Chennai: As many as 86 per cent of Tamil Nadu’s COVID-19 cases have been found to be asymptomatic, and the lockdown and related curbs have helped keep the pandemic under check, Chief Minister K Palaniswami said on Sunday. In a statement detailing the various efforts taken to address the COVID-19 situation since February, he also said that the state’s mortality rate was the lowest when compared to even some foreign countries, besides other Indian states. Tamil Nadu, he said, also had the best recovery rate.

However, DMK chief M K Stalin questioned CM Palaniswami’s statement and said the CM should not do “lip service” but take proactive steps to contain the rapid spread of the pandemic in Chennai and added that the government should ascertain whether there was community transmission in the city.

While the pandemic has severely affected the state’s economy, various measures have been rolled out to put it back on track, and even some new investments have been attracted as a result, CM Palaniswami said.

As of Sunday, Tamil Nadu reported a total of 31,667positive cases, including 269 deaths, while 16,999 people have been cured of the virus.

About 5.50 lakh tests have been conducted in Tamil Nadu till June 4, 2020. Through these tests we came to know that 86per cent of corona-affected persons had no symptoms at all, CM Palaniswami said.

Soon after the outbreak of coronavirus in China in January this year, the state government started acting from February itself, he said.
Measures included checks at railway stations and airports, sealing of the borders and the government implementing the lockdown in March, he said and lauded the people for abiding by the curbs. But for public support, the situation could have been worse, CM Palaniswami added.

So far, the government has allocated over Rs 4,033 crore towards various efforts regarding COVID-19, even as the health infrastructure has been strengthened with measures, including appointment of more doctors and nurses, he said.

Increasing the number of testing labs and hospitals in public and private sectors was also done. While there was no bar on farming and related activities during this period, efforts were also taken to steer the economy back on track.

This included the setting up of a high-level panel to attract investments, especially from firms leaving certain other countries. As a result, investors from the US, France and the UK, among others, had signed pacts recently worth Rs 15,000 crore that would bring in 47,000 job opportunities, the Chief Minister added.

Sops to MSMEs like a moratorium on repayment of debts and provision of new loans were other measures. Food security was also being ensured with the government providing free essentials for three months starting April to over two crore ration card holders while poor, destitute and migrant workers were also being provided with food through community kitchens and Amma Canteens, he said.

The government was taking all steps for people’s welfare but they should also cooperate more in its fight against the contagion, he said.

It won’t be possible to prevent the spread of the disease with a lack of public support though the government may impose curfew and other curbs, he said.

Personal precautions like wearing a face mask, practising hand hygiene, duly following social distancing and staying indoors were important for this purpose, he added. DMK leader Stalin, also the Leader of the Opposition in the Tamil Nadu Assembly, said Chennai was becoming a “pandemic capital” and asked the government to act quickly to arrest the spike.

Rather than doing lip service that we have the lowest mortality rate, show keenness in implementation of measures to tackle the virus spread, he said in a Facebook page. He asked,

At least act now to contain Chennai from becoming the pandemic capital. Government hospitals in the city are struggling due to lack of beds. What happened to the government announcement on converting marriage halls and educational institutions into COVID-19 facilities?

While Tamil Nadu was among the worst affected states, the chief minister offered no constructive solutions to contain the spread of the virus or protecting people whose livelihood shave been affected, he said.

In a separate statement, he also asked the government to study if community transmission was happening in the city and take according to scientific measures to tackle the situation. Meanwhile, Municipal Administration Minister S P Velumani hit out at Stalin for his criticism of the government, saying only its timely intervention had ensured a high recovery rate and low fatality rate.

If Stalin thinks he can boost his falling political clout using corona, he will be left hugely disappointed, the Minister said in a statement. He asserted that the chief minister was diligently handling the situation.

Sanitise-Mask-Social Distancing Along With RT-PCR Testing Must To Combat Corona: Experts At FICCI Roundtable