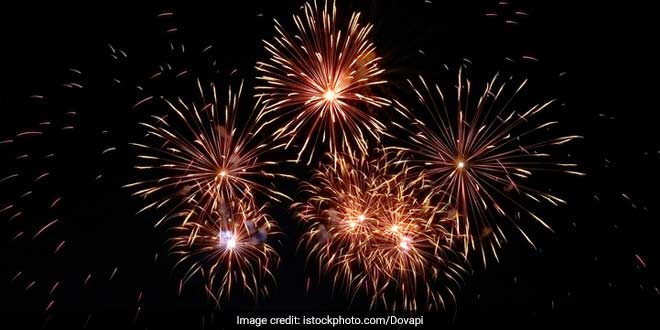 Kolkata: The West Bengal Pollution Control Board (WBPCB) said the 90 decibel sound limit on fire crackers will be in force during Diwali celebrations all over the state till 10 pm. After 10 pm bursting of fire crackers will not be allowed, the WBPCB said. The WBPCB said it would also sensitise residents adjacent to FIFA U-17 World Cup match venue at Salt Lake stadium about not bursting any firecrackers.

“We are carrying out campaign among the residents of high rises adjacent to the stadium not to burst firecrackers on Diwali night. This is a sensitisation campaign and we hope they will comply thinking about the image of the state and country and for ambient air quality”, WBPCB chairman Kalyan Rudra told PTI after a press meet here.

He said there will be police squads accompanied by WBPCB personnel to monitor the sound and air pollution level in the area as well as in rest of the city and state. State Environment Minister and KMC Mayor Sovan Chatterjee earlier told the press meet, “This year with the FIFA U-17 World Cup in progress we urge the people of the city to celebrate Diwali adhering to the laid down guidelines of WBPCB about not exceeding the 90 decibel limits for firecrackers and not bursting crackers between 10 pm and 6 am.”

To a question, Mr Chatterjee said, “along with legislation there has to be public support to any campaign. We must remember that we can celebrate Diwali and Kali puja even by shunning sound emitting fireworks.”

The government will also put up flex campaigns at silence zones – areas near hospitals, schools – so that people don’t burst firecrackers at those places at any time, he said. He said though the existing rules about bursting of firecrackers and decibel limit will be in force everywhere in city and elsewhere in Bengal, including the vicinity of Salt Lake Stadium, “We hope the people will understand the significance of the event (U-17 world cup) and ensure no sound pollution occurred.”

Admitting there were limitations in total enforcement of sound emitting fire crackers flooding the market, Mr. Chatterjee said, “There has to be proper licensing for doing business.”

I am saying this taking in account hundreds of people involved in fireworks business in places like Champahati and Nungi in South 24 Parganas, Mr. Chatterjee said.

We know there is need for restrictions but we cannot altogether do away with our parampara (tradition), he added.

The Mayor further said all the microphones and sound boxes at Kali puja pandals and other Diwali festival venues and immersion processions will have to be fitted with sound limiter devices.

For Swachh Air, Pledge To Go Toxic Free This Diwali