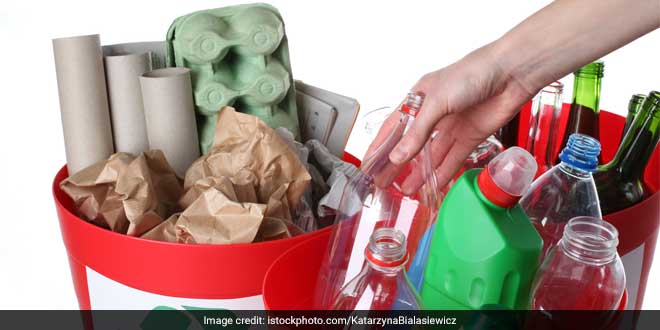 New Delhi: Udupi City Municipal Council (UCMC) is the latest body to initiate waste segregation at source under the Swachh Bharat Abhiyan. This follows the Ministry of Urban Development’s announcement last month aiming for a world record through 100 per cent waste segregation at source by October this year. The four month long campaign will kick-start on World Environment Day, June 5 and will go on till October 2 said the ministry.

From passing rules of not collecting unsegregated waste, distributing coloured dustbins to organising various competitions, civic bodies across the country are integrating waste segregation among the citizens to achieve the ambitious feat.

Contributing to Centre’s target of a world record combined with a low rank (143) out of 434 cities surveyed on the basis of cleanliness in the recent Swachh Survekshan results, the civic body of Udipi is rigorously working towards curbing city’s overall waste generation.

To start with, the civic body is launching the waste segregation practice in phases. The first phase was started in 700 households in Kodavoor ward, wherein it was mandatory for citizens to segregate waste into dry and wet waste. To ease the process, 1 bucket-bin for wet waste, 1 bag for dry waste and 1 small bag for miscellaneous waste was given to all the residents for free.

If waste is segregated at source, then 70 per cent of the waste management is done. Ideally only 15 per cent of the city’s waste should reach the landfills and in order to reach that level we are implementing waste segregation in phases across the city, says K. Raghavendra, CMC Environment Engineer.

When asked what mechanisms are being used to raise awareness, Mr Raghavendra says, “The municipal workers are going door-to-door and teaching people to keep bio-degradable and non-biodegradable waste separate. The officials will regularly go to each house for the first 15 days to ensure segregation.”

He further said that the project will be launched in all 35 wards of Udupi in the coming few months.

To make waste segregation more organised for the municipal workers who collect waste from door-to-door, specific days are allotted to dry and wet wastes. On Wednesdays’ only dry waste is collected from the houses, while the rest of the days are allotted for wet wastes, adds Mr Raghavendra.

The temple city generates around 64 tonnes of solid waste on a daily basis, of which about 15 per cent is recycled, the focus is to treat almost 48 tonnes of waste through recycling, composting, etc., says Mr Raghavendra.

Making Waste Management A Mass Movement, A Campaign In 4,000 Cities Will Be Launched On World Environment Day: PM Modi

If Waste Management Is Not Done Right Then By 2030 India Will Need a Landfill as Big as Bengaluru. Here’s How You Can Help