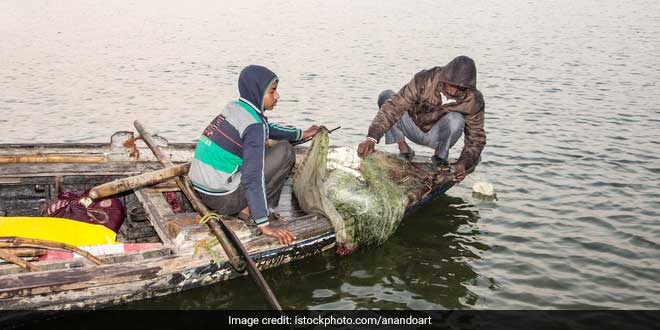 New Delhi: The indiscriminate discharge of industrial and domestic pollutants into river Ganga for years has rendered the water unusable in several parts and resulting in the Ganga becoming a polluted mess. Pollution in the Ganga has also resulted in severe damage to the river’s marine life. Once home to over 140 freshwater fish species, entry of pollutants and regular water depletion has resulted in these coming under threat. As the Namami Gange programme gathers the much needed steam under the Union Ministry of Water Resources, it has also taken seriously the issue of Gangetic species conservation.

Under Namami Gange, biodiversity conservation has been identified as a major objective. The rich fauna of the Ganges needs to be protected from continuous exposure to pollutants and ensure their longevity. Out of Namami Gange’s allocated budget of Rs 20,000 crore for a period of 5 years, Rs 2,000 crore has been set aside for afforestation purposes. Nearly 4 crore trees are planned to be planted across Ganga basin states by 2019, to ensure that the river regains some of its lost glory as afforestation will help in controlling some of the waste that flows directly into the river. Apart from afforestation, Namami Gange has also identified the need to protect marine life in the river. Wildlife Institute of India has established three rescue and rehabilitation centres at Narora, Bulandshahr and Varanasi to research extensively on the status of marine life.

Even 20 years back, the state of Ganga’s marine life was not as bad as it is today. But discharge of industrial and other types of pollutants have caused massive damage to various marine species in the river. The Gangetic dolphin especially faces the threat of extinction, and it is our responsibility to ensure that the river’s marine life is protected well, said Samir Sinha, Spokesperson, Ministry of Water Resources.

The Ganges River Dolphin, one of the few remaining species of freshwater dolphins in the world has been listed as an endangered species. The number has come down to 1,000 from 6,000, as estimated by the World Wildlife Fund, India. Industrial pollutants and water depletion prevents dolphins from traveling up and down the river, resulting in their reduced population. The soft-shelled turtle is another species facing threat, as heavy metallic pollution affects them severely.

To address the issue of such species facing the threat of extinction, the Namami Gange programme has allocated significant amounts to work towards conservation of threatened species in the Ganga. The Ganges River Dolphin-Conservation Education Programme has a budget of Rs 1.8 crore. The three-year long programme will undertake extensive studying of the species, their habitats and put forward suggestions for conservation. Areas in the river which are heavily populated by the dolphins will be identified and no industrial pollutants would be allowed to be discharged specifically around those areas. A similar conservation plan has been drawn up for assessment of fishes, with a budget of Rs 5.8 crore for 5 years. The programme aims to increase the level of water across several areas in the river to ensure that fishes are not exposed to reduced water levels. Stoppage of discharge of pollutants will also be applicable in areas which are rich in aquatic life. Apart from these, 8 biodiversity centres have been set up at Dehradun, Narora, Allahabad, Varanasi, Bhagalpur, Sahibganj, Barrackpore and Rishikesh to focus on restoration of priority species such as Gangetic dolphins and turtles.

The Namami Gange programme has always welcomed popular participation in all of its activities and conservation of aquatic life is also not an exception. Sensitising locals is a part of the programme and Namami Gange has collaborated with Wildlife Institute of India (WII) to select Ganga praharis (Ganga guardians) from various villages and educational institutes in Uttarakhand. These volunteers would be trained by WII to spread awareness among the local population on the importance of conserving marine life in the Ganges.

The first step for creating the cadre of “Ganga Prahari” is identification of the youth willing to participate in Ganga aqualife conservation and become “Ganga Prahari”. The process of identification of youth to be trained is underway. The youths are being selected through Gram Panchyats and Nehru Yuva Kendra. After identification, these youths will be trained in various aspects of Ganga River and biodiversity conservation, monitoring of the aquatic faunal diversity of Ganga River, rescue and rehabilitation of aquatic species, participatory management, said Dr. S.A. Hussain, Scientist at Wildlife Institute of India. 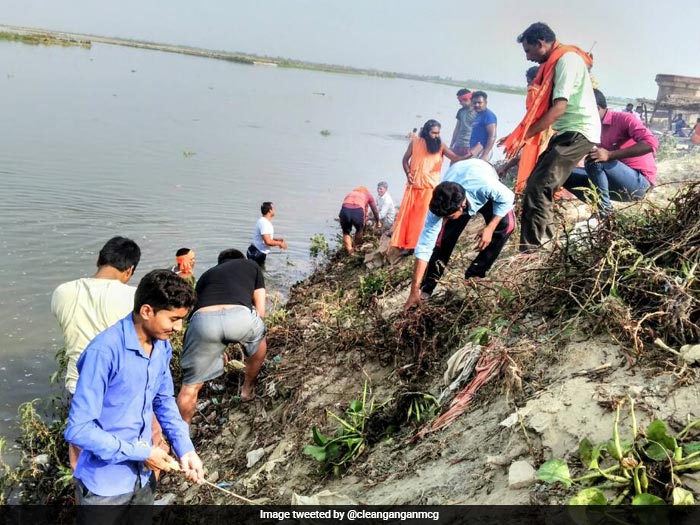 In the first phase of the programme, the volunteers will coordinate with the rescue and rehabilitation centres to rescue marine animals and engage in their rehabilitation. They will also undertake river cleaning programmes to ensure that marine life, which survives best in clean and unpolluted water, has a clean habitat to survive in. Along with sensitising inhabitants in villages near Ganga, these volunteers would also participate in garbage cleaning activities across river banks from Gangotri to Devaprayag.

In order to restore the ecological integrity of an aquatic ecosystem, it is vital to recover and restore its biodiversity value. The Project aims to maintain and increase the biodiversity values of river Ganga, map the areas of high species diversity in GIS domain where natural regeneration of wildlife population can be augmented, and identify indicator species/communities that could be used for monitoring the ecological health of the Ganga River, said Dr Hussain.

Since the Namami Gange programme’s primary objective is the all-round cleaning of the river, rejuvenating its depleting marine life plays an important part in the programme’s ultimate aim. The introduction of Ganga praharis will help in spreading awareness and sensitisation among people on how along with not polluting the river, conserving its marine life plays an equally significant part in restoring the Ganga’s lost glory.

Also Read: Namami Gange Initiative: Bio-Toilets To Be Set Up At Ganga Ghats In Kanpur

Funding Swachh Bharat Abhiyan: Banks and Micro-Finance Institutions Have A Crucial Role To Play In Supporting Rural Sanitation In India