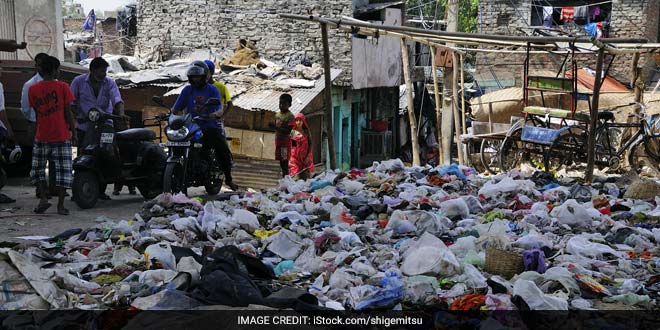 Along with eradication of open defecation, the much publicised Swachh Bharat Abhiyan also lays stress on waste management to ensure all round cleanliness. Solid waste management is a costly challenge for urban local bodies. Municipalities in urban areas find it difficult to treat solid waste because of several issues, ranging from unavailability of waste treatment infrastructure to lack of enough funds to implement necessary solid waste management (SWM) techniques. Cleanliness is a collective responsibility and levying charges on urban residents to facilitate solid waste management is a practice gradually finding favour among civic bodies. The question remains, how effective would such a move be in the long run?

The Swachh Bharat Mission guidelines clearly state that for sanitation purposes, civic bodies can levy charges to collect funds. We have followed the due procedure for before levying the charges, gazette the procedure and also published advertisements which notified people of the charges to be levied, said N. Ravichandran, Special Officer, Trichy Municipal Corporation.

Trichy has a good record of overall sanitation and cleanliness, as the city has ranked consistently well in the Swachh Survekshan rankings, grabbing the sixth spot in this year’s edition of the survey. The waste management charges have been levied by the civic body to ensure that the civic body has a financial provision for certain expenses such as payment to sanitation workers, just in case the municipal corporation is ever short of funds. The estimated budget of TMC is nearly Rs 350 crore, but the civic body requires an additional Rs 12 to 15 crore to ensure total waste management for the city. The impact of the charges will be only be realised next year, but the civic body is confident that they’ll make a difference.

Solid waste management is a complicated process and involves a multi-tiered structure that needs to be followed. With the SWM charges levied, we are hopeful of making up for financial shortcomings, if any, said Mr Ravichandran.

Levying of a special charge for waste management purposes is not new. The Bruhat Bangalore Mahanagara Palike (BBMP) charges Solid Waste Management cess of 10 or 15 per cent, depending on the property value, from 2011-12, and increased the cess by 5 per cent to manage garbage collection better. The hike resulted in the BBMP seeing an increase in its cess revenue to Rs 300 crore from Rs 100 crore. Despite the cess for solid waste management being around for nearly 6 years, Bengaluru has seen mixed success, as many areas of the city still deal with erratic garbage collection, non-segregation of waste and piling up of garbage. The charges levied by the civic body did little to solve much of Bengaluru’s solid waste problems, along with the fact that solid waste management was entirely in the hands of private contractors till recently.

Cost management is difficult for any civic body, as income generated from tax collected is often not enough to carry out all the functions. When we levied the charges in 2011, we hoped that the money collected would boost waste management programmes. But the cess collected was never used properly by contractors, resulting in erratic garbage collection. Now that we have taken over municipal duties of the city, the cess will be better used, said Sarfaraz Khan, Joint Commissioner, Solid Waste Management, BBMP.

The problem with the existence of solid waste management cesses is many people are reluctant to pay these despite the civic bodies’ promises that the collected amount would be used for solving the city’s civic problems. Civic bodies get funds from state governments to complete projects and state governments are also responsible to pay for any deficits incurred by the civic bodies. As residents already pay property tax and water charges, paying extra for waste management is often looked at as a burden. Besides, if we take Bengaluru’s example, residents are also not often very hopeful that the amount collected would be put to effective use, thus resulting in scepticism.

We certainly cannot blame residents if they are reluctant to pay cess citing unsatisfactory performance in managing solid waste. Cess collected must be utilised wholly to ensure that citizens do not feel cheated by the civic body, said Mr Khan.

Trivandrum became the latest city to introduce a slab wise charge system for waste management. The civic body announced three slabs of Rs 200, 400 and 800 for different waste management procedures. There are several advantages associated with levying a charge, the most important being the wages of waste management workers can be paid out of the collected cess. Payment of adequate wages has been a recurring problem for all civic bodies from Delhi to Bengaluru, resulting in frequent strikes and stalling of work. While cess collection is an effective way to ensure that civic bodies always have some funds in their kitty for solid waste management, there is no point of collecting if it remains underutilised. With solid waste management becoming a key deliverable across municipal corporations, urban solid waste management may become more effective with greater participation and proper usage of cess amounts.

Best Out Of Waste: These Young Lads Of Chandigarh Set A Record By Turning Their School Trash Into A Striking Garden

Do It Yourself: Here’s How You Can Treat Flower Waste And Turn It Into Everyday Use Items