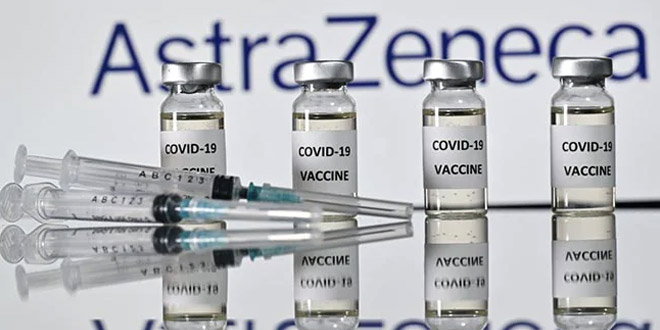 New York: AstraZeneca Plc and the University of Oxford are facing questions about their COVID-19 vaccine and whether regulators would quickly authorise its emergency use after the pharma company acknowledged an error in the vaccine dosage received by some participants and other irregularities and omissions, according to a media report. AstraZeneca and the University of Oxford announced this week that their inexpensive, easy-to-produce coronavirus vaccine appeared effective, with the average efficacy of about 70 per cent.

However, AstraZeneca has acknowledged a key mistake in the vaccine dosage received by some study participants, the New York Times said in a report. This admission has added to questions about whether the “vaccine’s apparently spectacular efficacy will hold up under additional testing.”

Along with the error, scientists and industry experts said a series of other irregularities and omissions in the manner in which AstraZeneca initially disclosed the data have also eroded confidence in the reliability of their results. As it came to light that the vaccine’s most promising results did not reflect data from older people, it appears difficult that regulators in the US and elsewhere will quickly authorise the emergency use of the AstraZeneca vaccine.

I think that they have really damaged confidence in their whole development program, an analyst for the investment bank SVB Leerink Geoffrey Porges said.

The NYT quoted Michele Meixell, a spokeswoman for AstraZeneca, as saying that the trials “were conducted to the highest standards.”

I just can’t figure out where all the information is coming from and how it’s combining together, said Natalie Dean, a biostatistician and an expert in vaccine trial design at the University of Florida.

She posted on Twitter that AstraZeneca and Oxford “get a poor grade for transparency and rigor when it comes to the vaccine trial results they have reported.” The NYT report added that AstraZeneca vaccine, which uses an approach involving a chimpanzee virus to provoke an immune response to the coronavirus, “had all the hallmarks of a blockbuster.”

Menelas Pangalos, the AstraZeneca executive in charge of much of the company’s research and development, said in the NYT report that the error in the dosage was made by a contractor and once discovered, regulators were immediately notified and signed off on the plan to continue testing the vaccine in different doses. On why AstraZeneca shared some information with Wall Street analysts and some other officials and experts but not with the public, Menelas Pangalos said,

I think the best way of reflecting the results is in a peer-reviewed scientific journal, not in a newspaper.

Global drugmaker Pfizer and BioNTech said this month their COVID-19 vaccine candidate is 95 per cent effective.

Moderna said its vaccine has an efficacy rate of 94.5 per cent. AstraZeneca was the third pharma company to report its results and depending on the strength at which the doses were given, the vaccine appeared to be either 90 per cent or 62 per cent effective. Doubts about the data emerged soon.

The biggest questions were, why was there such a large variation in the effectiveness of the vaccine at different doses, and why did a smaller dose appear to produce much better results? the paper said, adding that AstraZeneca and Oxford researchers said they did not know.

Adding to the doubts about the vaccine, it emerged that crucial information was also missing. For instance, the company said that the early analysis was based on 131 symptomatic COVID-19 cases that had turned up in study participants. However, the company did not break down how many cases were found in each group of participants, the NYT said.

Adding to the confusion, AstraZeneca pooled the results from two differently designed clinical trials in Britain and Brazil, a break from standard practice in reporting the results of drug and vaccine trials, the paper said.

Menelas Pangalos said in an interview that the company had not intended that any of the participants would receive the half dose and described the error as “serendipity,” that allowed researchers to stumble onto a more promising dosing regimen, according to the NYT.

To many outside experts, that undercut the credibility of the results because the closely calibrated clinical trials had not been designed to test how well a half-strength initial dose worked. The company’s initial announcement didn’t mention the accidental nature of the discovery, it said.

“The reality is, it could end up being quite a useful mistake,” Pangalos told the NYT. “It wasn’t putting anyone in danger. It was a dosing error. Everyone was moving very fast. We corrected the mistake and continued on with the study, with no changes to the study, and agreed with the regulator to include those patients in the analysis of the study as well.” The US has ordered at least 300 million doses of AstraZeneca’s vaccine and the company said it would seek guidance from the Food and Drug Administration on whether it should formally submit its findings to apply for emergency authorization, the NYT said.