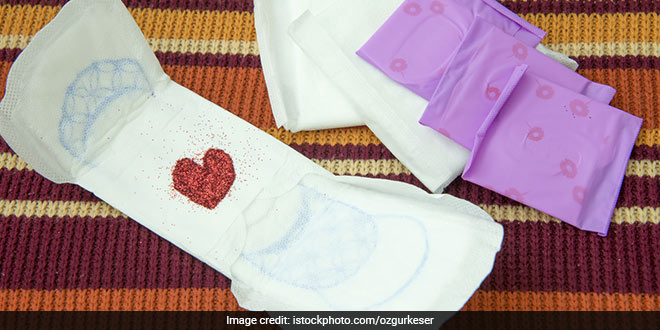 New Delhi: Most of the well-connected railway stations in India are equipped with a passenger ticket counter, communication desk, toilets, refreshment centres, waiting halls and so on. But what makes Bhopal stand out among the best of the best stations is its recent initiative of providing low-cost sanitary napkins to the female commuters at the Bhopal Junction railway station. Any railway traveller can simply put in a coin of Rs 5 and can get two sanitary napkins in return.

To welcome the auspicious New Year, Railway Women Welfare Association of Bhopal installed a sanitary pad vending machine. On January 1 the machine was inaugurated by Anjali Thakur, the senior-most class-four worker in the station, in the presence of railway officials. 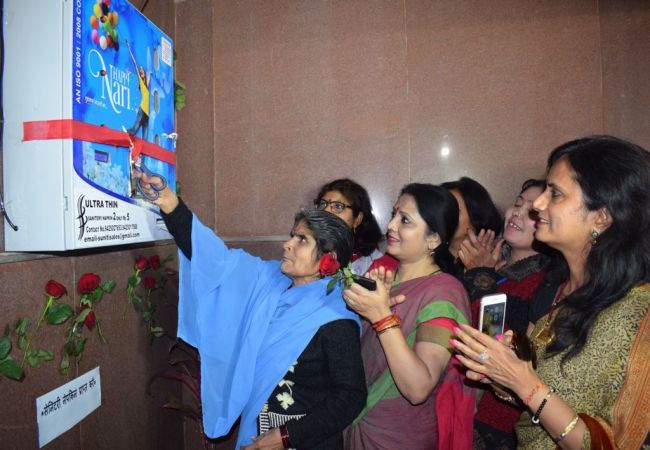 When the plan was chalked out to install the machines, we studied several areas of menstrual hygiene and were shocked to know the low awareness levels especially among the rural women. We also found out in a local survey that the demand for sanitary napkins is huge in urban areas but due to the affordability issue they are forced to use other means that hamper their health. Girls dropping out from schools as soon as they hit puberty is another challenge India is facing.

Mr Chaudhri believes that a step, irrespective of how impactful it can be, needs to be taken to break the taboo attached with menstrual hygiene and vending machines at railway stations is one such example.

The vending machine is a very noble effort taken to ease the travelling experience for women. Considering the minimal price of the napkins even the lower sections of the society can use them, he added. 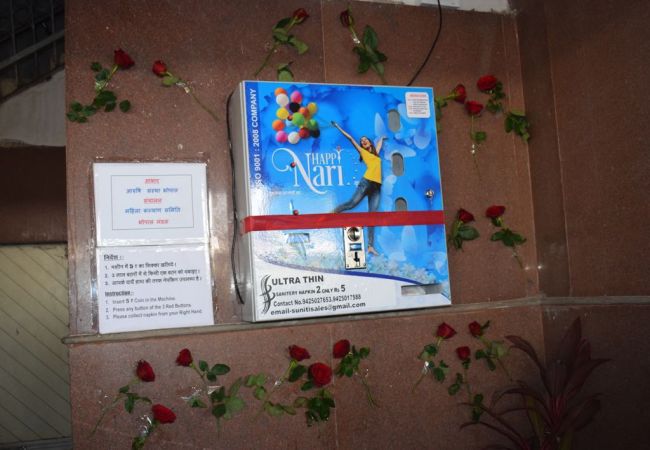 The machine which is named ‘Happy Nari’ has a capacity of carrying 75 menstruation pads. One the very first day around 500 napkins were provided by a local NGO Arushi. The response by the female passengers was excellent as within 8-9 hours, over 600 napkins were dispensed from the vending machine. Besides, the commuters, people from nearby slums also came out in huge numbers to avail the newly formed facility. Female railway staff has been given training by NGO to maintain and refill the machines regularly.

The entire cost including the machine, monitoring staff and sanitary napkins was less than Rs 20,000. If at this price we are able to provide pads to women and secure their health, then every railway station in India can also follow the suit, said Mr Chaudhri.

The Bhopal railway authorities are presently in the process of coming up with sanitary napkin incinerator to manage the menstrual waste, “By end of this month we will install and incinerator in the toilet of women’s waiting room where anyone can dispose of their menstrual waste. The ladies room also becomes a convenient spot,” confirmed the DRM.