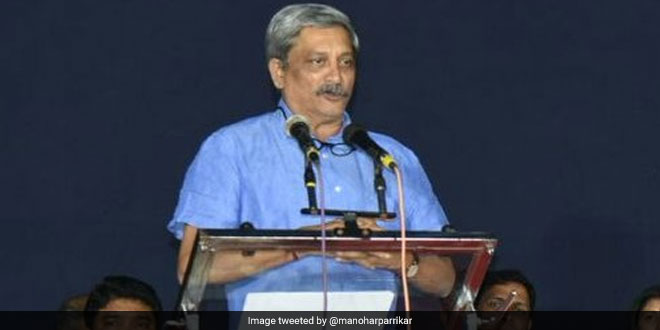 New Delhi: Dropping enough hints that Goa government is serious and adamant about achieving the target of making Goa plastic free by 2022, Chief Minister Manohar Parrikar on January 4, made an announcement of putting a blanket ban on PVC (Polyvinyl chloride) based plastic from May 30, 2018. Polyvinyl chloride, also known as poly vinyl is the world’s third-most widely produced synthetic plastic polymer after polythene and polypropylene. From both, an environmental and health standpoint, PVC is the most toxic plastic.

In a laudable move, the government has also decided to ban plastic packaging in the state from December 19, 2018 onwards. Not only this, the government also plans to punish those who litter. All these plans hints towards that Goa will soon undergo a major change ad will witness some stringent laws.

Speaking at the inauguration of Organic Waste Management Facility in the state capital, Chief Minister Parrikar listed out the measures to be undertaken to make Goa garbage free.

Inaugurated the newly built Organic Waste Management Facility at Patto, Panaji. Yet another step towards realising our goal of #SwachhBharat Nital Goem. pic.twitter.com/9ZAWrSz8rR

The Solid Waste Management Corporation has been actively handling the issue of garbage. We will create facilities to treat garbage even at panchayat level. We are ready to increase the grants to panchayat by 4-5 times, but at the same time they should perform. The panchayats that do not play their role in the garbage issue will be liable for punishment.

Enlightening people on plastic ban, the Chief Minister made it clear that the ban will be imposed only on non-biodegradable PVC based plastic.

When we talk about the ban on plastic, we are talking about the one with PVC and not the degradable plastic. There will not be a ban on degradable plastic, but instead it would be encouraged. People can still use the plastic carry bags made up from starch as they are degradable and dissolve within 100 days. Also, if stray cattle eats it, it is not harmful to them.

Telling that the first phase to ban plastic in the coastal state would begin from January 26 onwards, Chief Minister appealed that Goa needs to go plastic free as it is one of the biggest polluters of our planet.

I have extensively witnessed problems caused due to plastic. If we have to move towards garbage-free Goa then we will have to eradicate conventional plastic.

This is not the first time that Goa government has taken such decision. Earlier, in October, all government officers decided not to use any kind of plastic in their premises. The Chief Minister urged all the government officials to make Swachh Bharat as their personal agenda.

One can enjoy in Goa, but littering will not be permitted by his government.

Those dumping the construction debris along roads will face a stringent action form January 26 onwards which include confiscation of their vehicle and heavy penalties.