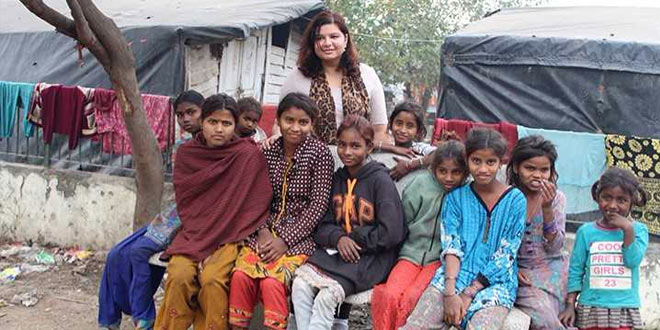 After a failed marriage and all the hardships I faced, I came back to India from US last year in May and planned to start afresh. I joined Har Hath Kalam India Association to contribute to social work and keep myself engaged. As part of that, I started visiting slums and interacting with various people. During my regular interaction and awareness program, I realised that taboos and myths revolving around menstruation needs to be addressed, says Ruhpreet. 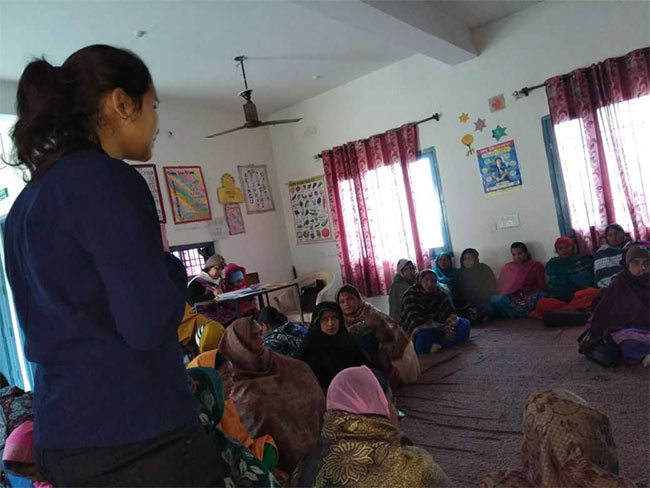 Talking about the problems she came across and the mindset of slum-dwellers, Ruhpreet says,

Women are not allowed to enter kitchen and temples while they are menstruating. Such hullabaloo is created around menstruation that neither women there discuss these issues with their daughters nor do daughters ask questions to their mothers. Girls are not even allowed to go to schools during those five days because boys might get to know about it. Most of the women don’t have access to sanitary napkins.

Women living in urban settlements depend on unhygienic alternatives like cloth, ash, sand and husk. The poor level of awareness and menstrual hygiene made Ruhpreet distribute sanitary napkins to women and girls for free. 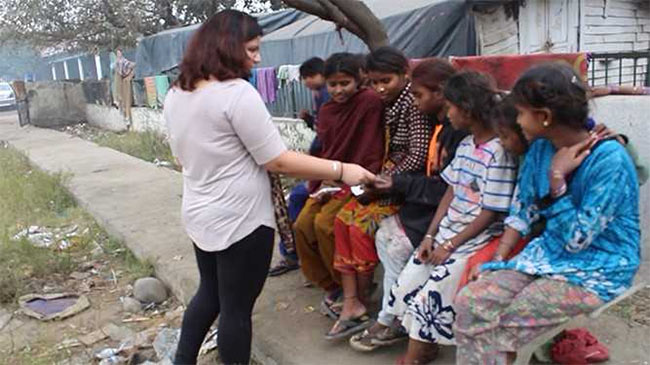 During the course of making people aware about menstruation, Ruhpreet realised that distributing sanitary napkins won’t solve the problem. They need a concrete and a viable solution. So she decided to start a venture- a sanitary napkin making unit.

One day Ruhpreet came up to me and discussed the issue of menstruation. She said that the lack of awareness and education can be overcome, but we need to do something to provide them low cost sanitary napkins, says Harsh, Director and CEO of Har Hath Kalam India Association.

After a lot of research and brain storming, the team i.e, Ruhpreet and Har Hath Kalam India Association decided to install a low cost sanitary pad making machine in Patiala. The team has initiated a campaign to raise funds to the tune of ₹18 lakh for procurement of machine and raw materials, installation of the machine, giving training to people and preparing menstrual hygiene kit.

The sanitary napkin making machine will not only provide low cost eco-friendly sanitary napkins, but will also generate employment. Once the machine is installed, we will teach slum-dwellers the art of making sanitary napkins which then will be distributed at a cost of ₹20 only, says Harsh.

A recent report shows that about 88% of menstruating women in India do not have access to sanitary products, but Ruhpreet is making efforts to bring a change in the society.

Putting up one machine won’t solve the problem of sanitary napkins, but our little effort might bring some change. The baby steps we are taking might lead to bigger steps, signs  off Ruhpreet.

Related Topics:
Menstrual Hygiene Menstruation In India punjab
Up Next

With Sign Language As Her Tool, This Tribal Girl From West Bengal Asks For Sanitary Napkin Vending Machine