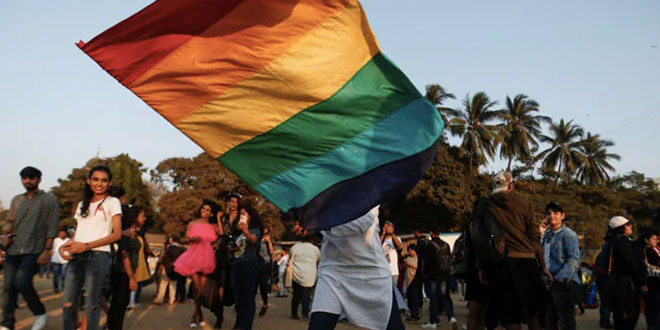 New Delhi: When a person is born, the doctor assigns sex to them as per their physical biology. A person’s gender identity, however, is their sense of who they are – male, female, both or neither. Having a particular sex assigned at birth does not mean a person has any specific gender identity or sexual orientation. Early childhood and adolescence are the times during which there is significant physical, mental and emotional growth and it is mostly during this time that children start feeling that their true gender identity is not aligned with their sex assigned at birth, said Charit Jaggi, Founder and Director, We The Young, an online platform for the youth to share stories around LGBTQIA+ (lesbian, gay, bisexual, transgender, intersex, queer, asexual and more) issues, mental health, gender inequality, sexual harassment, and more.

According to Mr Jaggi, adolescents who are gender diverse or gender nonconforming, whose gender identity is not strictly female or male can experience discrimination and bullying which can lead to the feeling of isolation and loneliness.

While sharing his experience with NDTV, Madhav Prakash, a 17-year-old student of Class 12 from Pune and a member of the LGBTQIA+ community said,

Being a queer teenager, I feel that there is a need to talk about gender identities and gender equality because there is such a disconnect between the echo-chamber we live in on internet versus the real life. A big struggle for me growing up was seeing people who struggled with their gender and sexual orientation in pop culture, in TV shows and watch them being accepted by their American families, but when I brought all that into my own context, it didn’t match. Even though cultures across the world are moving towards more acceptance and more tolerance, a lot of the world is still lagging behind. That IS if why I think that in the context of India, it is fundamental to talk about gender identities. We like it or not, gender is at the centre of the society. It is a social construct that dictates how we are divided up in schools, whether we are eligible for certain job position among many other things. This is why it is important to be aware of the fact that it is not as black and white and binary as we are taught it to be.

What Does It Mean To Have A Gender Nonconforming Child?

A gender non-conforming child may have the desire to dress up in clothes that does not align with the sex assigned to them at birth. The child may want to play with toys or possess things that are stereotypically associated with another gender. According to Madhav, in many cases, children will express how they feel even though they might not understand how to label themselves at that stage in life.

How Can Parents Support Their Gender Nonconforming Child?

While talking about the role of parents in supporting gender-nonconforming children and making them feel safe, Mr Jaggi said,

Parents are the figures whom the children look up to and respect. They should not try to hush away the conversations around gender. It is ok if you don’t know enough. Learn and relearn with your child, for your child. Help your child connect with correct resources to get information. Let your child feel loved and embraced no matter how they identify themselves as. A child living with support FROM parents and caregivers is likely to be a happier human being.

Also Read: Adolescent Sexual Health: Five Topics You Need To Discuss With Your Pre-Teen Or Teenager

Recalling his experience of coming out to his family, Madhav said,

One thing that I had to come to terms with is that it is not a good idea to come out to everybody. Sure, I can find refuge in some of my family members but there are also others who will not be comfortable with me sharing my stories with them. Coming to terms with that was very difficult but also important. I came out to my brother and my mother and slowly to my larger family about two years ago when I was 15-year-old. And the response was overwhelmingly different – from loving and accepting to just not caring. Thankfully, I did not receive any backlash from anybody in my family I chose to come out to.

There are multiple stakeholders who need to act in order to help gender-nonconforming children facing any kind of challenges including parents, schools and teachers, according to Mr Jaggi. Here are some of his suggestions for parents and schools and how they can build a safer and more gender-inclusive space for gender nonconforming adolescents:

While talking about how parents and teachers can support gender diverse students, Madhav suggested:

When I was younger, one of the things that I struggled with was that every time there was a representation of a couple or a marriage in a textbook, say in English class, it was always a man and a woman. Having the representation of gender and sexual minorities in textbooks reaffirms one’s sense of being, said Madhav.