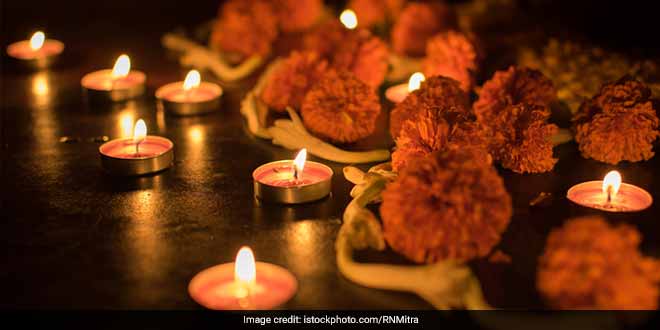 What appeals, bans, and coercion can’t achieve may be awards will. That seems to be the thought process of Coimbatore Municpal Corporation this Diwali. While ban on firecrackers have been imposed in some places in India, Coimbatore has announced awards for its citizens who celebrate a clean and green Diwali. People can summarise how they have celebrated an eco-friendly Diwali without polluting the environment in the form of a write-up, a song, a video or photographs, till October 19. The city municipal corporation has provided a WhatsApp number, which can be used by the residents to send in their entries. The best entries will receive certificates and mementos from the municipal commissioner, K. Vijayakarthikeyan himself.

We want to encourage people to celebrate eco-friendly Diwali and will reward them if they do so. Eco-friendly festivals are a must, considering how every time there is an increase in the pollution levels during major festivals. With this initiative, we want to tell everyone that Diwali can be celebrated in an eco-friendly manner, and you will be rewarded for doing so, said Dr K. Vijayakarthikeyan, Municipal Commissioner, Coimbatore.

Coimbatore had adopted a similar strategy last year, when it announced for a Green Diwali competition for residential and gated communities. The focus was on celebrating Diwali without bursting crackers. Last year too, winners were identified by the city civic body and rewarded with mementos for adhering to the spirit of a cracker free and green Diwali. This time, the municipal body has made the competition open for all, inviting applications from residential communities as well as individuals. The municipal body is hopeful that the participation this year would be on a larger scale.

This year the competition is on a bigger scale so that more people will participate in celebrating a cracker free Diwali. We have opened the competition to individuals as well for larger number of participants, said Dr Karthikeyan.

In 2013, Coimbatore figured high up among urban centres in South India which was grappling with severe air pollution. The city was ranked fifth among 50 urban centres in South India, with nitrogen dioxide pollution at 27 per mg/m³ and PM10 pollutant levels at 78 per mg/m³, with the permissible limit being 60. Vehicles are the biggest pollutants in Coimbatore and emission from industries also contributes to the deterioration in the city’s air quality. In 2016 however, a Central Pollution Control Board (CPCB) report stated that among urban centres, Coimbatore had the highest number of good air quality days, which meant that the city had more than 100 days when the air quality had permissible limit of pollutants.

At a time when the rest of the country is struggling to contain air pollution and dreading how bad it will become after Diwali, Coimbatore civic body’s innovative step involving and rewarding citizens could be an example for other civic bodies to follow to inculcate eco-friendly Diwali celebrations.

Also Read: 90 Decibel Sound Limit On Fire Crackers Will Be In Force During Diwali: West Bengal Pollution Control Board