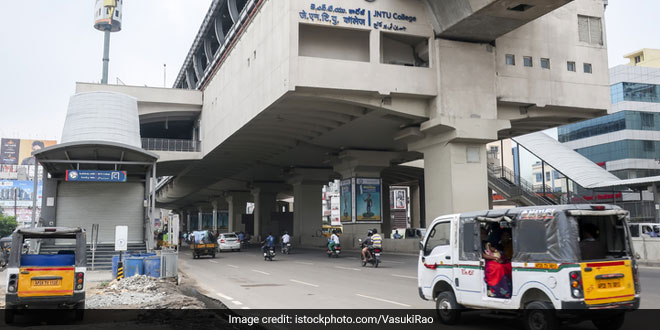 Hyderabad: The Telangana government has decided to undertake various measures, including a campaign to promote cleanliness in public transport, to prevent the spread of novel Coronavirus. The move comes against the backdrop of the virus spreading in various countries and a man from the state testing positive for it.

Also Read: COVID-19: All About The New Coronavirus Virus And Step Being Taken To Contain The Outbreak

The Hyderabad Metro Rail has initiated different protective measures to prevent the spread of the virus. It said Metro employees have all been made aware of preventive steps to be taken, including hand hygiene and reporting sickness.

Metro stations, trains and touch surface areas, escalators and hand rails would be cleaned with soap and detergents after operational hours. Announcements would be made for passengers soon, the metro rail said adding there has been no impact on ridership so far.

Also Read: Coronavirus Outbreak: How To Protect Oneself From Catching The Virus

Meanwhile, the test results of 36 people, including those who came in contact with the man who tested positive for the virus, are awaited. The 24-year-old man, who tested positive for the virus on Monday, is the first positive case of nCov from the state. The man from Telangana, a software professional who works in Bengaluru, was in Dubai last month and worked with people from Hong Kong where he is suspected to have contracted the virus.

He had returned to Bengaluru from Dubai and then travelled to Hyderabad in a bus. The man was being treated in an isolation ward in the state-run hospital. The Telangana government has taken up a process of tracking people (about 88) who came in contact with the techie to ascertain if they have been infected. The virus that erupted in central China in December has killed more than 3,000 worldwide and infected over 90,000 people.