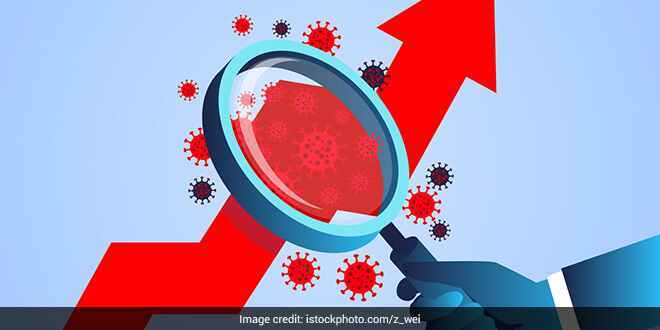 New Delhi: Even as India is battling the second wave of COVID-19 infections, which some experts believe has worsened due to the double mutation virus variant, reports now say that a triple mutation strain has been traced in parts of India. Traces of the triple mutations have been found in Maharashtra, Delhi and West Bengal. So far, with the top medical body, the triple mutation is marked as a ‘variant of interest’ and not the ‘variant of concern’.

What is Virus Mutation?

Viruses keep changing and their structure, known as mutation, also keeps changing. The more a virus spreads, the more it mutates. While most of the mutations are harmless, some of them can trigger changes in spike protein and thus, a matter of concern like the double mutation India’s dealing with at present. More and more evidence are emerging that imply that the this double mutation is behind the massive second wave of coronavirus in the country.

What Is Triple Mutation?

Simply put, a triple mutation refers to the variants which have three different strains, that have combined together to form a new variant. Mutations may lead to a variant being either to potent or less potent.

When it comes to mutations there are three things that we need to note:

How infectious is it?
How deadly it is?
Is it resistant to antibodies, which means, if a vaccine will work against this mutation?

So far, we don’t have the answers to these three questions because India doesn’t genome sequence enough to be able to prepare a database.

India has 8,455 publicly available genomes and around 15.6 million cases so far. That is 0.05 per cent of cases sequenced. Ideally, this figure should be between 2-5 per cent, said Dr M Raghuvant, Public Health Expert.

However, two out of these three mutations in this variant, is known to confer immune escape. Making this not work against either acquired antibodies or vaccine antibodies, which is a reason to worry.

While there is very limited information that has been disclosed in India on the triple mutation front, we do know that it has also been found in South Africa as and UK.

Variants are driving the pandemic everywhere now, not just in India, but in every part of the world, all the new surges can be attributed to variants. So, the first thing we have to do is to acknowledge the problem. We have to track the variants and we need to be two steps ahead of the virus. We must know what we’re dealing with, we can’t fight the pandemic otherwise. We need to sequence more and more variants in the country, to know what we’re dealing with. With the double mutation that our country is dealing with, we know that it is much more transmissible and even younger people are vulnerable to it, as per the anecdotal evidence of what is going right now.

Talking about the response of antibodies to the existing double mutation, Professor Pai says,

The fact that India had such a massive wave last year, and it is a mega wave this year, tells me that some people who got exposed last year are also getting COVID this year. So, there is some escape of the naturally acquired immunity, but we don’t quite know how much. We know from the data outside of India, that vaccines do work. They may not work as much, but they definitely protect from severe symptoms. Most people in India, however, have only received one dose, since it was rolled out for general public in March. So we need more information on how much can a single dose protect people against the double and triple mutations, in the midst of this massive surge.

Lastly, Professor Pai asserts that we need to vaccinate as many people as as possible and track the variants and mutations to control the ongoing COVID-19 surge.