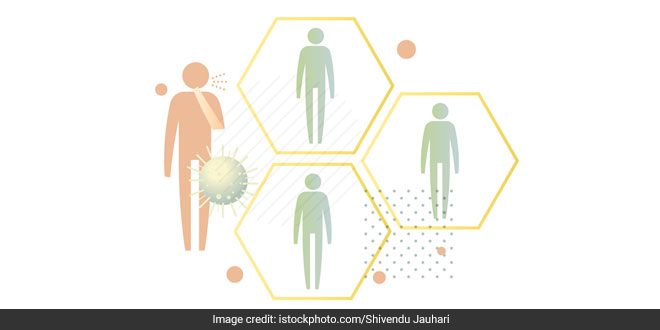 Kolkata: The Bengal government has largely failed to address the COVID-19 crisis, and its recent decision to impose complete lockdown twice a week till August will be of no help in stemming the community spread in the state, noted virologist Dr Amitabha Nandy said on Tuesday (July 28). His assertions, however, were rebuffed by senior TMC leader and Rajya Sabha MP Santanu Sen, who claimed that the “unplanned approach” of the Centre towards the pandemic was to blame for the spike in coronavirus cases across the nation.

According to Dr Nandy, community transmission of COVID-19 had started in Bengal way back in early-April and matters have only gotten worse primarily due to the “bizarre attitude” of the implementing agencies and the citizens. The virologist, a former consultant at the World Health Organisation (WHO), also alleged that the entire approach towards the control of COVID-19 spread in the state has been “hijacked” from the scientific community, eventually leading to the “current disastrous situation”.

The attitude of the administration as well as the people of the state is quite bizarre. It has been observed time and again that the health infrastructure, (including that of private hospitals and private practitioners’ chambers) has severely suffered qualitatively and quantitatively. Here, the entire approach towards COVID control has been hijacked from the scientific community. As a result of which, we have landed in this disastrous situation, Dr Nandy told PTI on Tuesday.

Several auxiliary factors such as inadequate diagnostic facilities, improper hospitalisation criteria and senior doctors withholding themselves from health services have added to the problems of patients, he stated. Citing two examples from early April, where a fast-food seller in the city apparently died of COVID-19, and another ambulance owner reportedly contracted the virus during the course of his duty, Dr Nandy said, “There are numerous examples that COVID-19 community transmission in Kolkata started way back in April. I do not think the current administration understands what an epidemic is.”

These two people had not ventured out of the city for more than 10 years, and none in their family travelled to other states or abroad recently. In all probability, both might have contracted the infection from people who had been moving around as healthy individuals, the former adviser at Indian Council of Medical Research said.

The decision to impose lockdown two days a week may not be beneficial to us, going by the past record. It seems to be a mere eyewash, he said.

Asked what should be the state government’s approach towards addressing the issue, Dr Nandy said,

We could have developed a scientifically valid epidemic control strategy based on a parallel and ongoing research in the field of epidemiology, disease control, case detection and management of COVID-19. The ideal mechanism of controlling this disease could have been through formulation of strategies based on the result of ongoing research with provision of mid-course flexibilities (changes), depending on the results of such studies, Dr Nandy elaborated.

He also raised questions on the COVID-19 recovery figures in West Bengal. “A sizable proportion of the professionals involved in the healthcare sector seems to have inappropriate knowledge about the definition of cure and biological/genetic interpretation of the results of RTPCR. A mere positive result in RTPCR does not indicate the infectivity of the genome vis-a-vis patient,” he said. Recovery in any infectious disease can be categorised into — clinical cure and microbiological cure. In the present scenario, its virological, Dr Nandy said.

Even the RT-PCR is not 100 per cent sensitive to declare an individual free of the virus in a negative result. There has been ample evidence of a negative RTPCR turning positive within a few days, which might also indicate a growing viral load during this period. Therefore, considering the epidemiological significance of such subjects, community safety and transmission potential of every discharged patient remains questionable till we have an appropriate technology which can demonstrate a state of complete viral clearance, he explained.

The virologist was also critical about the rush to come out with a vaccine to combat Covid-19, and stressed on the need to invent a drug to control the menace. Even if a vaccine is discovered, “it would be difficult to demonstrate its protective efficacy” until and unless transmission ceases.

Right now emphasis needs to be given on developing an anti-viral drug to save millions who are in critical stages, while simultaneously keeping the ongoing vaccine research intact. We should also give importance to more and more personal protective measures and effective community education and practice, he added.

Dismissing the charges levelled against the state, Mr Sen, who is also the former president of the Indian Medical Association, said Dr Nandy should ask the Centre to acknowledge COVID-19 community spread in the country.

With due regards to Dr Nandy, I have to say that such remarks from a person of his stature is shocking. Before blaming the Bengal government, he should have spoken to the Centre, who, according to me, is solely responsible for the current state of affairs. Had Prime Minister Narendra Modi banned flights at the right time and held discussions with chief ministers before imposing the lockdown, the situation would have been much better, he said.

“I would request Dr Nandy to ask the Centre to ensure that ICMR functions impartially and declare that community transmission is happening in India,” Mr Sen said.

Echoing him, Atin Ghosh, who is in-charge of the Kolkata Municipal Corporation health wing, said the state had been following the guidelines set by the ICMR.

Our recover rate has surpassed 65 per cent. The discharge protocol has been set by the ICMR and not the state government. I think instead of being critical, Dr Nandy should come up with better suggestions, he added.

Also Read: In COVID-19 Times, This West Bengal NGO Provides Relief To Those Battling The Challenges Of The Pandemic

COVID-19 Pandemic: Can You Get The Coronavirus Twice?

India’s Coronavirus Vaccine Development Timeline And What We Know About The Pandemic So Far, Director of AIIMS Dr Randeep Guleria Explains