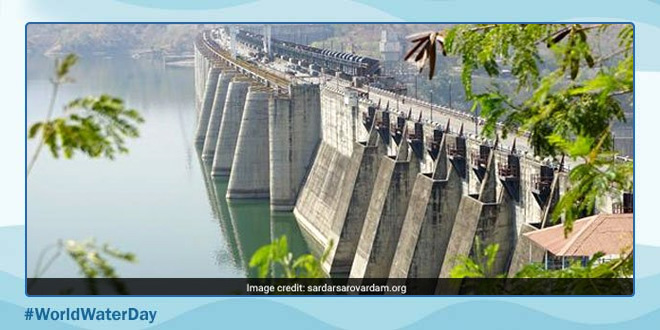 New Delhi: Sounding a warning that over five billion people across the globe may run into water shortage, a United Nations report has pointed out that dams in India have done more harm than good to the cause of water security. Suggesting natural solutions to handle the water crisis, the UN World Water Development Report, 2018, notes that large-scale water development projects have led to major impacts like human displacement, and achieved only limited food security — one of the main objectives of such projects. The report lays emphasis on the importance of “nature-based solutions” to meet the crisis, and calls for ancestral and indigenous solutions.

The World Commission on Dams country study on India concluded that a century or more of large-scale water development had resulted in major social and ecological impacts, including substantial human displacement, soil erosion and widespread water-logging while, contrary to stated objectives, achieving only limited food security benefits, the report states.

With India being world’s largest extractor of ground water, followed by the US, China, Iran and Pakistan — together accounting for 67 per cent of total abstractions worldwide, the report stated that even the water-rich high flood-prone regions like Gangetic basins are facing groundwater depletion.

Water withdrawals for irrigation purposes have been identified as the primary driver of groundwater depletion worldwide, according to the report. About 800 cubic-km water is extracted globally for irrigation.

Even though large-scale groundwater recharge programmes have been operating in India for decades, the focus has been on water-scarce areas, with no real emphasis on flood risk management. Highly flood-prone basins such as the Ganges are now showing clear signs of groundwater depletion, the report says.

Warning conflicts over water, the report stresses that global food production by 2050 has to double to feed an estimated nine billion population. Currently, almost 800 million people are hungry across the world.

“Currently, an estimated 3.6 billion people (nearly half the global population) live in areas that are potentially water-scarce at least one month per year. This population could increase to some 4.8 to 5.7 billion by 2050,” it says. “The stakes are high,” it says, pointing out that with two-thirds of forests and wetland lost globally, “soil is eroding and deteriorating in quality”.

Since the 1990s, water pollution has worsened in almost all rivers in Africa, Asia and Latin America.

“We also know that water scarcity can lead to civil unrest, mass migration, and even to conflicts within and between countries.”

Pushing for watershed and water harvesting projects on a larger scale, the report acknowledges India’s efforts to generate awareness among communities on “ancestral survival systems”, which talk of ancient ways to ensure water security.

The report also hails the success of solution presented by NGO Tarun Bharat Sangh — led by India’s Waterman Rajendra Singh – which is credited to have brought water back to 1,000 drought-stricken villages in Rajasthan.

“These solutions can also contribute to other aspects of sustainable development, from ensuring food security and reducing disaster risk to building sustainable urban settlements and boosting decent work,” the report notes

Surface And Groundwater Pollution Are Pushing India Towards A Water Crisis