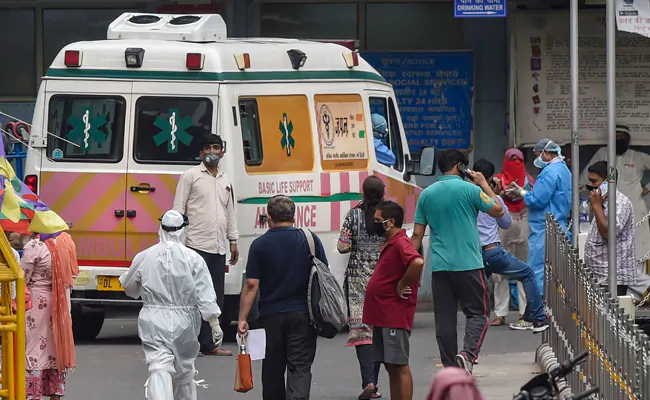 New Delhi: Delhi Government has been reiterating that the coronavirus cases in the capital have fallen drastically. Last week, when Delhi for the first time in the last two months, reported the lowest daily increase with 613 fresh coronavirus cases, the chief minister Arvind Kejriwal in a press briefing said, “Today the recovery rate in Delhi is 88 per cent, only 9 per cent of the people are ill now and 2-3 per cent of the people have died. There is a decline in the number of deaths as well.” Soon after the announcements, the Delhi High Court pulled up the government for its testing strategy. High court asked the Delhi government why it was resorting to using more of rapid antigen tests rather than the “gold standard” PCR Tests Globally many studies have shown that Antigen Tests are known to be unreliable as they very often have negatives, where sometimes COVID-infected person can get a negative result.

What Do The Numbers Tell?

According to the testing data of Delhi studied by NDTV, the sharp increase in testing in the national capital was primarily because of a sudden spike in the number of the low-cost Rapid Antigen Tests (RAT)  which went up from under 7,000 tests per day to almost 14,000 tests a day. On the other hand, Delhi saw a decline in the number of PCR tests, the most reliable testing method, during the same period, from over 8,000 PCR tests a day to under 5,000 PCR tests per day. Moreover, the positivity rate of PCR test is much higher than the antigen test. In the last one month’s time, the average percentage of positivity rate using PCR test in Delhi has been 24 Per Cent, whereas, the average percentage of positivity rate using antigen test in the capital has been 7 Per Cent. 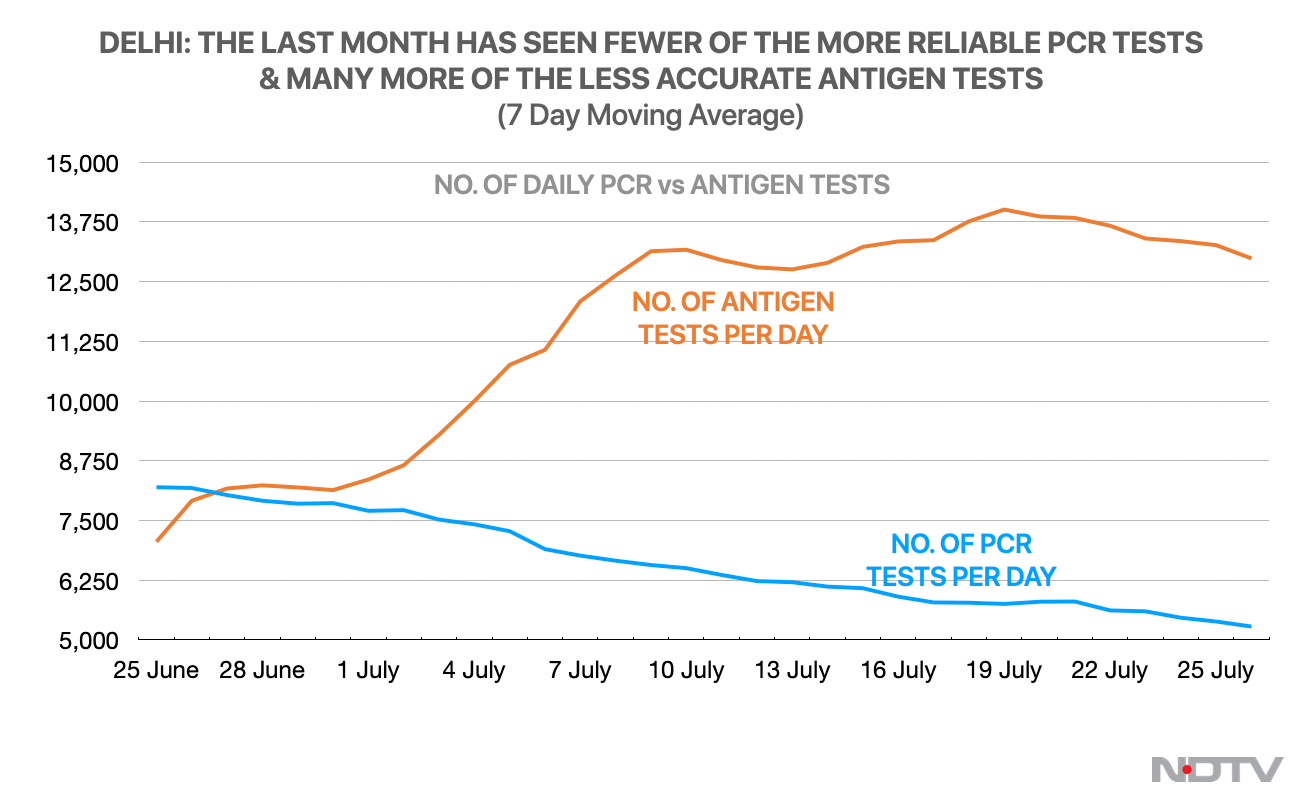 Explaining why this is a problem, global health expert Anant Bhan said,

The antigen tests have a specific role to play in COVID testing – they are cheaper, faster and can give you test results in rapid fashion, but the problem is that there is a false negativity rate attached to this test, which is very high. So, if authorities are doing more of rapid antigen testing then they can lose out on many positive cases. It is not just that authorities will lose out on a lot of positive COVID patients but also it will give them a false picture. If antigen tests are being used it needs to be backed by RT PCR test and only then we can say that yes there has been a decrease in coronavirus cases in that particular area. If the numbers of both the tests are not matching then it is a serious issue and it may reflect a bad picture. All states should know this by heart that ramping up of testing doesn’t mean they will go ahead and do only rapid antigen tests alone, these tests need to be backed by RT PCR tests and if that is not happening then there is an issue.

It can be a possibility that Delhi has flattened the coronavirus curve. But, if that is true or not that can only be depicted from next week if the death rates in the national capital also start to show a massive decline. Because what we have seen globally, once the state or city has reached its peak, the infection rate decline and then after one week there is also a decreasing trend in the death rates. So, if it happens for Delhi then we can say that the picture being shown by the government is correct.

Last week, on Wednesday, Chief Minister Arvind Kejriwal also responded to the allegations put up by the High Court and said that the government was following existing guidelines and that authorities had been directed to conduct a follow-up TEST- using the RT-PCR method which is considered more accurate – on all those who displayed symptoms but returned a negative RAT result. He added,

Existing guidelines say that if any patient’s antigen test is negative but has symptoms, RT-PCR test must be done on him. I directed the officers today to ensure strict compliance of these guidelines.

Existing guidelines say that if any patient’s antigen test is negative but has symptoms, RT-PCR test must be done on him. I directed the officers today to ensure strict compliance of these guidelines.

Some hotels were attached to hospitals to increase the number of COVID beds. In view of the improving situation and all hotel beds lying vacant for the last many days, these hotels are now being released.

Talking about the current COVID scenario, in Delhi, 10,770 cases of coronavirus remains active, whereas, 1,18,633 people have successfully recovered and the capital has reported 3,907 deaths, as per Ministry of Health and Family affairs.