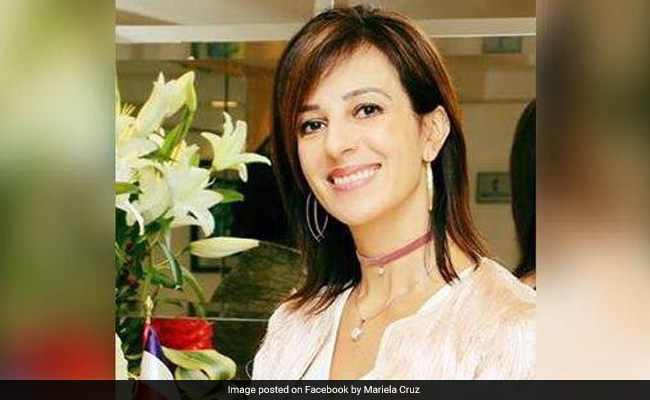 New Delhi: ‘My experience of filthy air in Delhi is the worst experience I have ever had in my life. My lungs hurt, can’t breathe well. Feverish and fatigued. This is no fun and 20 millions people are breathing that poison now up north, including some dear friends. The basic right to clean air is a Human Right. The Indian government needs to make radical decisions here in India now. Leadership is about taking care of the people. That is #1 priority,’ says the Costa Rican ambassador to India, Mariela Cruz Alvarez in her scathing blog post after being affected by Delhi’s toxic air and developing respiratory illness in the city.

Ms Alvarez who is a yoga practitioner and an ardent follower of Art of Living was appointed as Costa Rican envoy to India in May this year, says,

I am a living proof that our planet is dying’ of climate change.

Currently she has moved to Bengaluru in order to recover fully, in her recent video post she said that she is recuperating in the lush green surroundings in south India and is feeling a lot better.

In a bid to educate the society on why there is a need to fight Air Pollution on priority, Ms Alvarez penned down a blog in which she said,

I am sick with this poison as thousands are around the world in big cities… India is doing us all a favor, me in particular. I was in denial, I saw climate change as a subject in my Masters degree or as a problem for others, hidden in my cocoon. Isn’t it ironic that my aim in life is to wake up others to environmental damage and that the devil grabbed me literally by the throat. I’m grateful, I’m blessed. Now I can speak from experience and my speech will be truer. Now I can speak for those can’t: those who are living on streets and also those who cover their faces in such denial — with simple toy masks that do nothing for the wicked particles.

The sad part is, Ms Alvarez is not the only one, several expats have started thinking of leaving the city in search of ‘Clean Air’.

Speaking to the leading news agency PTI, Emily Bild, a professional from the UK, added,

We have three air purifiers in the house. We have also installed an air quality monitor in the house now and my two-year-old son and three-year-old daughter are moving around with masks. If the air quality continues to remain the same, I don’t think we have an option other than going back.

She adds, “Currently we are trying to acclimatise in Delhi, but is in a dilemma whether to leave or stay here.”

I am not moving out and just staying indoors. I am feeling nausea as I step out but I cannot leave my course midway so have to somehow deal with the situation.

Dean of Diplomatic Corps Frank Hans Dannenberg Castellanos will be meeting Ministry of External Affairs on Friday to discuss measures which were taken by other countries facing similar problem. He added,

As a diplomat we are concerned for our tourists coming to India & the nationals living here.

As a diplomat we are concerned for our tourists coming to India & the nationals living here but this doesn't affect only us: Dean of Diplomatic Corps Frank Hans Dannenberg Castellanos on meeting Ministry of External Affairs today over poor air quality in Delhi. #DelhiPollution pic.twitter.com/Pko9hwY5VX

This is not the first time the national capital has gone through a ‘Smog Emergency’, the air quality in the city has been deteriorating for the past few years now. This year, the pollution started peaking in November, and levels of carcinogenic PM 2.5 particles in the city were 70 times over the safe limit as prescribed by the World Health Organization and the air quality index reached 999 micrograms per cubic meter, the highest the instruments can measure.

A number of factors contributed to the spike like crop burning in surrounding states, construction and vehicles in the city, and road dust. But, the irony is, authorities have no answer for the emergency. Very little has been done when it comes to dealing with Air Pollution and killer toxins still remain in the city.

On Thursday, the government also rolled back several emergency measures introduced over the weekend to curb the smog. Trucks are now allowed to reenter the city and construction has resumed. But, national capital has still Air Quality marked in the category of ‘Very Poor’ as the PM 2.5 levels as per Centre Pollution Control Board is at 204. While the safe limit recommended by WHO is between 0 – 50.