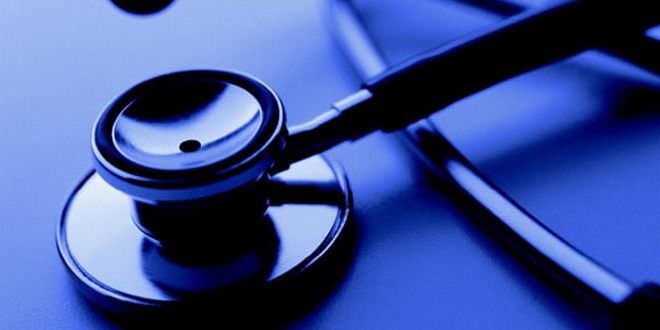 New Delhi: “Hume bimaari se ladna hai, beemar se nahi, unse bhedbhaav na kare (We have to fight the disease, not the patients, so don’t discriminate them),” says a vital public service announcement from the government of India which aims to fight the stigma around coronavirus. The PSA which further urges people to cooperate with frontline workers is being continuously fed to the conscious human mind through mobile caller-tunes, radio messages, and other formats to ensure that people fight both the contagious virus and the stigma.

Despite these repetitive attempts by the government, the country continues to report cases of doctors being harassed at public and private places including their own homes, neighborhoods because of a higher probability of them being a carrier of the infectious virus.

Dr Nikhil who recently lost his physician father to COVID and later contracted the virus himself spoke to ANI and narrated how his neighbours who once indulged in symbolic practices of lauding his family went down to harassing them due to COVID.

My father was like a saviour for the entire neighbourhood. Ever since my childhood, our neighbours used to call him up even during the odd hours at night to seek help. He was always just one phone call away but this virus changed our dynamics with the neighbourhood in the blink of an eye, His high sugar and kidney ailments couldn’t keep him from serving his patients even during the coronavirus crisis when he knew that the threat to his own health was very high, says the 28-year-old dentist who runs a private clinic in New Delhi.

He went on to describe the hardships that he faced after losing his father to Covid and then contracting it himself. Dr Nikhil said,

When I came back after cremating my father, I saw that the neighbours had locked front gate of my house and they were not letting me inside because they felt that I might contaminate the whole building. It was disheartening because they were not letting me inside a place which was my private property, it was my house and I had to struggle a lot to finally enter it. They repeated locked the house from outside when I tested positive and was advised home quarantine. On being confronted over a phone call the neighbours said that the health workers who used to nurse me had locked the gate. The health officials of the other hand said that there is no policy of locking houses and they never do so.

Also Read: Thank You! On National Doctor’s Day We Speak To The Frontline Workers To Know The Learnings Of COVID-19

Dr Nikhil then described how the virus scared away even the mightiest of them all – the cops who only dealt with the problems faced by the family from the surface level and couldn’t do much to make the situation any better.
Sharing how none of his neighbours came out to help the family with essentials but continued circulating false messages on WhatsApp, he said,

Our relatives used to bring essentials and leave them outside our house and we used to pick it up from there. The neighbours during those times used to circulate false messages on colony WhatsApp groups stating that people are still visiting our house despite us being in home quarantine. I recovered and tested negative for the virus more than two weeks back, but people are still not sparing our family from that look. They look at us like we are criminals.

Disheartened by the treatment that he received from the society, he said that it is very sad that a doctors risk their life by treating COVID but when the doctor contracts it, their ex-patients can’t even inquire about their health or send condolence messages even after the demise of the said doctor.

He ended the interview by stating that though he has had a bad journey with the virus he still wants to follow his father’s footsteps and help the patients in any way possible. He has contacted several hospitals to donate his plasma as he wishes to save as many lives as possible.

ANI spoke to several other doctors to comment on the issue of doctors and healthcare workers being ostracised from society. Dr. Maninder Shah Singh, Orthopaedics, Indian Spinal Injuries Centre said,

A number of incidents of ill-treatment and ostracism of doctors and healthcare workers have been reported over the past few months. It is very disconcerting. Healthcare workers treating COVID-19 patients are like soldiers in this battle. Certainly, this is not how you will treat soldiers who are fighting for the country at the borders.

The panic in society is coming out in various ways. People are ostracising healthcare workers, even doctors as they feel that they are carriers of the disease. If you have a doctor or healthcare worker in your community it’s time to respect their commitment and show support.

As the country is all set to observe the Doctor’s Day on Wednesday to honour the contributions of the doctors, it is essential that the stigma around the virus ends so that the corona warriors fight only the virus and not the discrimination that they face on a daily basis.

Also Read: National Doctor’s Day 2020: A Sand Art Salute To The ‘Superheroes’ For Their Selfless Service

National Doctor’s Day: ‘Violence Against Us Breaks Our Heart’, Medics On Violent Incidents Against Them During Pandemic