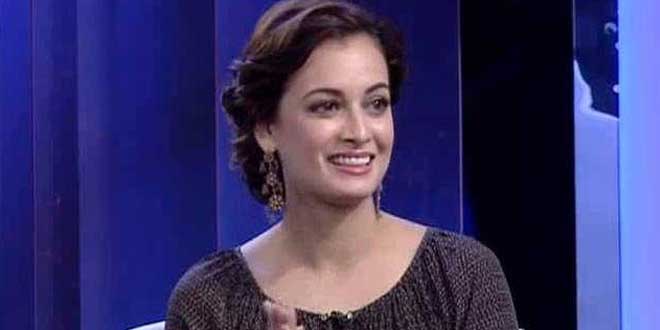 New Delhi: Actress Dia Mirza, who has been appointed UN Environment Programme’s Goodwill Ambassador for India, says climate change is a reality and the time to act on it is now. Ms Mirza, who is also the Wildlife Trust of India brand ambassador, took up the role as the United Nations brand ambassador to work on raising awareness and seeking solutions for environmental issues that the world, and India in particular, faces.

“Climate change is a reality and we are experiencing this regularly within India — be it increased frequency and intensity of floods, droughts and forest fires. We are seeing a series of environmental degradation that is being experienced in form of air pollution, water pollution, soil pollution and all of this has an impact on human beings, health and our progress as a nation,” said Dia Mirza.

We hope to achieve goals in the near future in implementing policy and also ensuring advocacy reaches people to improve and change human behaviour. We need clean air, clean water and wildlife protection, the actress added.

As a Goodwill Ambassador, the Bollywood actress will work with the UN to further spread the message on priority areas including clean air, clean seas, wildlife protection and climate change. She also attended UN Environment Assembly in Nairobi.

“Clean air is very important part of the work that we will do in India. Air pollution as we know has reached all-time lows and ten of the most polluted cities in the world are in India. This has to be recognised as a serious health issue. I hope that the work we do in near future bring about serious change that will improve quality of air,” said Ms Mirza.

Also Read: Actor Dia Mirza Shares How She Is Replacing Plastic From Her Life