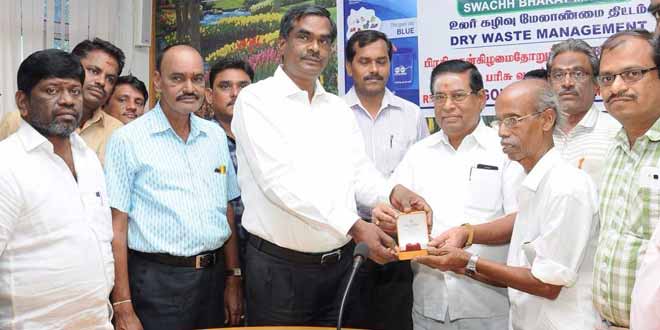 New Delhi: All that glitters may not be gold but in this city proper disposal of garbage, is worth in gold.  The Tiruchirappalli City Municipal Corporation (TCMC), on June 5 (World Environment Day) introduced a gold coin lottery system with a Swachh Bharat Abhiyan twist. As per the new scheme, residents who effectively segregate the domestic waste into dry and wet garbage shall be rewarded with a gold coin weighing a gram.

The scheme is a part of the larger goal of achieving 100 per cent source segregation in the city in next one year. “We wanted active public participation and what better than a gold item which happens to be an obsession in South India,” says N Ravichandran, Commissioner, TCMC. According to a public notice issued last month by the corporation, Wednesdays will be dedicated to dry waste collection and rest of the days will be for wet waste.

2.5 lakh households are eligible to take part in the lottery system. They simply have to click a picture of their segregated domestic waste and send it on the Corporation’s WhatsApp number every Wednesday from 6.00 am to 1.00 pm. Based on merit, 3 residents who send the pictures will be selected through a computerised lottery system and 1 gram gold coin will be given to the lucky winners. So far, 12 residents of Trichy have been given gold coins. To monitor waste segregation practices physically in 65 wards, the civic body has deployed 200 indoor staff members for door-to-door waste collection. 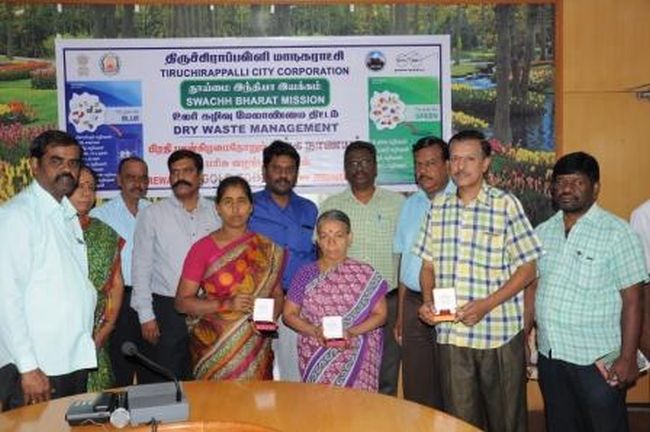 Also Read: Towards A Waste Free Society: Goregaon Residents Gear Up For The New Rule Of Segregated Waste From October 2 In Mumbai

The new scheme is gradually proving to be a success says Mr Ravichandran, “Of the total waste (450 tonnes) that the city generates daily, nearly 10 per cent of it is recycled. Last week we were able to recycle nearly 112 tonnes of dry waste. Now public is getting more aware and people are coming forward to handover the segregated waste.”

The corporation has identified around 195 recycling vendors in the city. The money that is generated by selling the dry waste to these vendors is distributed among the municipal workers as an incentive. In last 40 days, 507 tonnes of waste has been recycled and around 11.5 lakhs have been distributed among the sanitary workers.

The TCMC has also introduced the system of penalties and fines. From charging Rs 10 for unsegregated waste in households, to imposing a fine of Rs 2,000 for throwing plastic and other waste in public places or water bodies, fines are categorised. However, the corporation hasn’t fined anyone as of now. Before implementing the punishments, civic body is aggressively spreading awareness in the city. Several meetings are being conducted with Resident Welfare Associations, NGO’s, Self Help Group members, Ladies Clubs, plastic dealers, Bulk Waste Generators and plastic collection vendors regarding source segregation. Rallies and door-to-door campaign are being carried out in all the wards. “We plan to fine people from next month onwards,” says Mr Ravichandran. 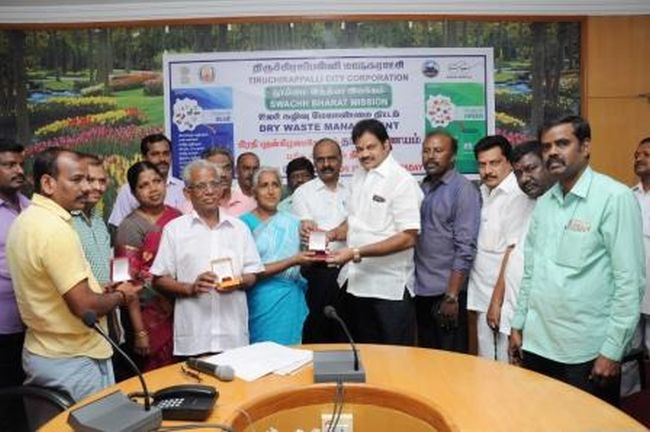 On the sidelines, the TCMC is also striving towards a bin-free society. Small waste collecting vehicles have been deployed across the city that are in-charge of clearing litter from roads and collect garbage from public bins, “We are hopeful that by next year, with all the waste management guidelines and awareness programmes in place, we will get rid of all the open dumping spots of the city,” signs off Mr Ravichandran.

New Law On Ganga Cleanup In Progress, Will Be Shared With The States: Uma Bharti