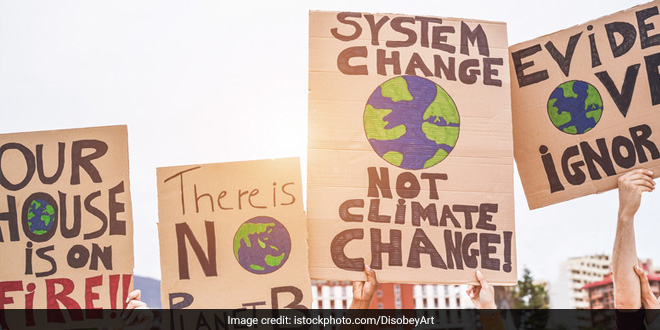 New Delhi: The Environment Ministry has constituted a high-level inter-ministerial Apex committee for Implementation of Paris Agreement (AIPA) under the chairmanship of the secretary of the ministry. A Ministry of Environment, Forest and Climate Change (MoEFCC) release said that the formation of the committee is another move that re-affirms India’s seriousness to “walk the talk” on climate change. It said the purpose of AIPA is to generate a coordinated response on climate change matters that ensures India is on track towards meeting its obligations under the Paris Agreement including its Nationally Determined Contributions (NDC).

Senior officials from fourteen ministries will serve as members to AIPA who will oversee the progress in implementation of India’s NDC and receive periodic information updates to monitor, review and revisit climate goals to fulfil the requirements of the Paris Agreement.

Another key function of AIPA would be to operate as a national authority to regulate carbon markets in India under Article 6 of the Paris Agreement, formulate guidelines for the consideration of projects or activities under Article 6 of the Paris Agreement, issue guidelines on carbon pricing, market mechanism, and other similar instruments that have a bearing on climate change and NDCs.

It will take note of the contributions of the private sector as well as multilateral and bilateral agencies in the field of climate change and provide guidance for aligning their climate actions with national priorities.

The release said that 2021 would mark the beginning of the implementation of the Paris Agreement and constitution of AIPA is central to strengthening the national systems and institutional arrangements for implementation and monitoring of climate actions.

It will also ensure that India maintains its climate leadership as one the few countries in the world whose climate actions are consistent with the goals of the Paris Agreement, the release said.

Also Read: Vice President Calls For Including ‘Child-Centric’ Approach In Our Response To Climate Change