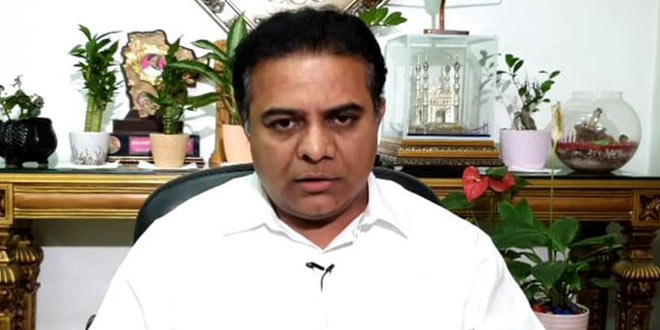 Hyderabad: Telangana IT and Industries Minister KT Rama Rao (KTR) on Friday said that government will now set up a few more Basthi Dawakhanas and increase the number to 300 to fulfil the medical needs of the citizens in Hyderabad.

Basthi Dawakhanas provide 53 kinds of free services such as OPD Consultation, basic lab diagnosis, free medicines, antenatal and postnatal care, services, and screening for non-communicable diseases such as BP, Blood sugar. Presently, each Basthi Dawakhana is registering about 100 plus outpatients per day. And altogether, a total of 25,000 citizens are receiving OP services through the Basthi Dawakhanas per day, the release said.

“Through Basthi Dawakhanas and other primary health care centers, 5000 diagnostic tests are being conducted for the convenience of people, especially urban poor. The test results are being sent to the patients over the mobile phone, Mr Rao said.

COVID-19 Will Be Under Control By Diwali: Union Health Minister Dr Harsh Vardhan