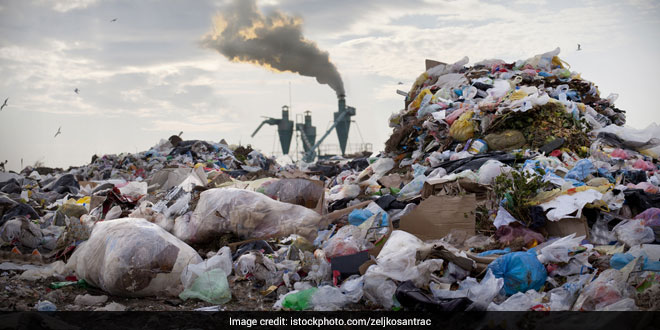 New Delhi: The National Green Tribunal has directed the Delhi government to check indiscriminate dumping of garbage in the national capital as it adversely impacts public health and the environment. A bench headed by NGT Chairperson Justice Swatanter Kumar asked the counsel appearing for the AAP government to take clear instructions whether the landfill sites were working as per the Municipal Solid Waste (Management and Handling) Rules. The green panel expressed concern over the fact that despite its 2015 directions, nothing concrete has been done by the authorities to reduce the dumped waste at the landfill sites.

We direct, the National Capital Territory Delhi to take clear instructions as to providing of guidelines, finalisation and other requirements, in consonance with Solid Waste Management Rules, 2016 to ensure that no waste is lying or spread in various part of Delhi, adversely impacting public health and the environment, the bench said.

During the hearing, the counsel for East Delhi Municipal Corporation said that despite the NGT’s direction to Delhi chief secretary to hold a meeting regarding all the sanitary landfill sites, nothing specific has been done by the city government.

The matter is fixed for hearing on September 19. The tribunal had earlier rapped the Delhi government and the civic bodies over their “blame game” and shifting the responsibility for reduction and recycling of the municipal solid waste which led to the recent Ghazipur landfill collapse.

Irked over the approach of the authorities, the green panel had directed the EDMC to immediately start the work of “segregation, compaction, and bio-remediation of the municipal solid waste” with the help of the Delhi government.