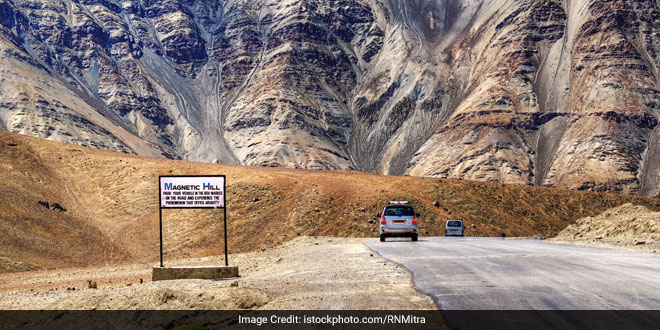 New Delhi: While Ladakh’s most popular destination Leh is on many travelers’ bucket list, the small town itself is getting buried by the garbage that tourists generate. The tourism boom began a decade ago with the Aamir Khan’s mega hit ‘3 Idiots’. The climax shot in Ladakh from the film ensured it became a must visit place for many across the country. Before 2008 Leh would receive around 30,000 tourists, that too mainly from abroad. After the movie that number exploded to 2 and half Lakh. Yes, that’s true! And that was the beginning of Leh’s garbage woes.

While tourism has brought prosperity for the locals, it’s also threatening to destroy the ecologically fragile area, with mountains of garbage that is simply being dumped outside the city, in a most unscientific manner, the areas is rightly termed as ‘Bomb Guard.’

The situation is worsening with each passing day.

Deleks Namgyal, the General Secretary of All Ladakh Tour Operators Association says, the development that took place was very haphazard for Leh.

He claims the administration wasn’t able to ensure that hotels were being built properly or that waste management was being carried out.

The municipal authorities have admitted their mistakes and are now taking steps to deal with the crisis situation.

Rigzin Spalgon, Administrator, Municipal Committee added, a new landfill site is coming up where waste will be disposed in a more sanitary and scientific manner. It will also have compost plant. Moreover, efforts will be made to enforce waste segregation among hotels and households in Leh.
Steps are also being taken to nip the garbage at source, by preventing the use of plastic water bottles, as some reports claim during the tourist season as many as 30,000 bottles are used daily.

Mr Spalgon also said that they are planning to construct water purifying RO plant in the Leh main market so tourists can simply refill water bottles and not rely on buying the bottles from outside.

We will also ban plastic bottles in the municipal area, he added.

Even the administration is taking adequate steps to save the beauty of dying Leh, but, the onus of ensuring the region is not ruined also lies with us – the tourists, who visit the place to see the pristine beauty of the mountain landscapes.