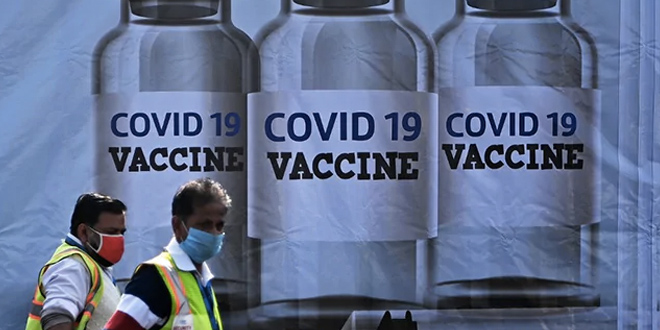 New Delhi/Chennai: As it came closer to the roll-out of the first COVID-19 vaccine, India held a dry run by all states and union territories on Saturday in preparation for a massive vaccination drive, with Health Minister Harsh Vardhan appealing to people not to be misguided by rumours and disinformation regarding the safety and efficacy of coronavirus vaccine. Dr Vardhan said that free vaccine would be provided in the first phase to the most prioritised beneficiaries, including one crore healthcare and two crore frontline workers.

He said the details of how 27 crore priority beneficiaries — those above 50 years of age and those below it having comorbidities — would be vaccinated until July were being finalised. In the national capital, where the dry run was held at three sites, Delhi Health Minister Satyendar Jain said that free coronavirus vaccine will be provided to the people in the city. Interacting with reporters during a visit to a facility in Daryaganj, he said the system “seems flawless” as of now.

The dry-run was being conducted in state capitals in at least three session sites. Some states also included districts that are situated in difficult terrain or have poor logistical support, according to officials.

Maharashtra, Kerala and Gujarat conducted the mock drill in four districts each, Karnataka and Tamil Nadu in five districts each while Rajasthan carried out the dry-run in seven districts.

India has reported 1.03 crore COVID-19 cases so far and the exercise was held a day after the Subject Expert Committee (SEC) on COVID-19 of the Central Drugs Standard Control Organisation (CDSCO) recommended granting permission for restricted emergency use of Oxford-AstraZeneca vaccine Covishield, paving the way for the roll-out of the first anti-COVID-19 shot in the country in the next few days.

The first dry run was conducted in Andhra Pradesh, Assam, Gujarat, Punjab on December 28-29 with at least 125 intended beneficiaries at five sites in a maximum of two districts each. The union health ministry had said that no major issues were observed during the pilot dry run and all states had expressed confidence in the operational guidelines and IT platform for large-scale programme implementation.

Specific teams were formed for various tasks conducted on Saturday’s rehersal by the district administrations and activities like uploading of dummy beneficiary data, session site creation, vaccine allocation, communicating vaccination details to beneficiaries and vaccinators, and beneficiary mobilisation, etc were carried out.

Also Read: COVID Vaccination In Delhi: Over 500 Centres In Phase-1, Facility Being Set Up For 2-8 Degrees Celsius Storage

I appeal to the people not to be misguided by rumours regarding safety and efficacy of COVID-19 vaccine. We will not compromise on any protocol before approving a vaccine,” Dr Vardhan said underlining that vaccine hesitancy was an issue even when the country started polio immunisation drive, but “we must remember its success.

The health minister has been credited with doing pioneering work in the successful mass pulse polio immunisation programme.

It is as a result of our steadfastness and dedication, that India was declared polio-free in 2014. Our rich learning from the earlier immunisation drives including the Polio vaccination campaign is being used to guide our present countrywide COVID19 vaccination campaign, he was quoted as saying in a statement.

Guidelines for the nationwide dry run were updated based on the feedback from the insightful pilot dry run held on Monday and Tuesday in four states, Dr Vardhan said. On Saturday, the dry run was conducted at identified health centres in Nagpur, Jalna, Pune and Nandurbar districts of Maharashtra. In Kerala, at least 25 health workers each in four districts- Thiruvananthapuram, Idukki, Wayanad and Palakkad – took part in the drill.

The Centre has informed us that the state will receive the adequate stock of vaccine within two-three days, state Health Minister K K Shailaja said at Peroorkkada where the trial run was being held at the government district hospital.

“The state has completed all preparations,” she said. Delhi health minister Jain said 1,000 vaccine centres will be set up across the city. When asked if the vaccine will be free of cost, he said, “Yes, and in Delhi the treatment and medicines are given for free.”

The Delhi government is fully prepared to receive, store and administer COVID-19 vaccine to 51 lakh priority category persons in the city in the first phase of vaccination, Jain said. In West Bengal, the dry run was held at Urban Primary Health Centres in Duttabad and Madhyagram and Amdanga Rural Hospital in North 24 Parganas district.

A senior official in Assam said the dry run will continue regularly in the state till actual vaccination takes place. Uttar Pradesh Chief Minister Yogi Adityanath said the COVID-19 vaccine will be available in the state close to the ‘Makar Sankranti’ festival which will be celebrated on January 14. He said that a dry run of the vaccine was held at some places in the state on Saturday.

We initiated the campaign against COVID-19 in March 2020 under Prime Minister Narendra Modi and at the beginning of this year we could say firmly that the dry run of the vaccine will be held on January 5 across the state and the vaccine will be available near around Makar Sankranti, he said at an event.

The exercise was held at Kalaburagi, Shivamogga, Mysuru, Belagavi, and Bengaluru districts of Karnataka. Tamil Nadu Health Secretary J Radhakrishnan said overall, the processes worked successfully. The dry run was held at three centres each in the districts of Chennai, Tiruvallur, Nilgiris and Tirunelveli, and five in Coimbatore
“An initial learning was that the room earmarked for vaccination should be more spacious,” the secretary told reporters, adding officials from the World Health Organisation (WHO) and United Nations Children’s Fund (UNICEF) also witnessed the drive.

An important focus of the dry run was on the management of any possible adverse events following immunisation (AEFI), and adherence and management of infection control practices at the session site to prevent disease transmission, the union health ministry had said.

The states and UTs were asked to ensure that the data of beneficiaries is uploaded in the Co-WIN app, ensure physical verification of all proposed sites for the adequacy of space, logistical arrangements, internet connectivity, electricity, safety, etc. and prepare at least three model session sites in each state (at state capital) for demonstration. They were asked to ensure that the model sites have separate entry and exit in a ‘three-room set-up’ with adequate space outside for awareness generation activities.

The dry run would equip the state and UT administration in the management of vaccine supply, storage and logistics including cold chain management, the ministry had stated. Around 96,000 vaccinators have been trained so far for the vaccination drive. The number of fresh COVID-19 cases was recorded below 20,000 in India on Saturday, taking the country’s caseload to 1,03,05,788, while the number of people who have recuperated from the disease crossed 99 lakh, according to the health ministry. The death toll due to the disease climbed to 1,49,218 in the country with 224 new fatalities, the ministry’s data updated at 8 AM showed.

All Set For Roll-Out, Just Waiting For COVID-19 Vaccine To Arrive In Delhi: Minister Satyendar Jain