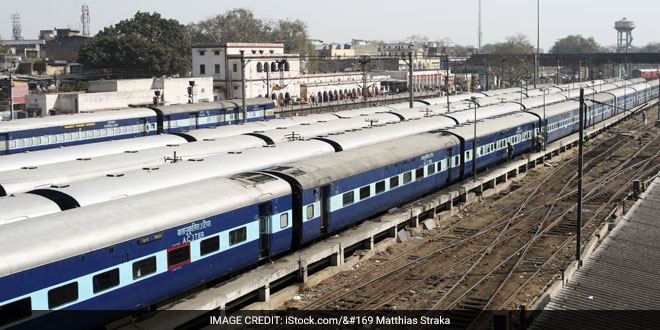 New Delhi: After the big push for bio-toilets, Indian Railways plans to opt for disposable eco-friendly towels, pillow covers made from biodegradable cotton, in a bid to go green. Over 2,300 pillow covers and hand towels are being distributed per round trip. While a standard towel costs Rs 6 per piece, the disposable towel costs Rs 4.75 per piece and disposable pillow is Rs 8 per piece, which is similar to the expenditure incurred by the Railways on conventional material, minus the environmental cost. The process of manufacturing these green products is also environment-friendly – the products are 100 per cent chemical and dye-free. This measure is being adopted on a trial basis on the recently introduced Rajdhani between Bandra Terminus and Hazrat Nizamuddin of Western Railways. The move has also received positive feedback from people, according to a senior official from the Railways. 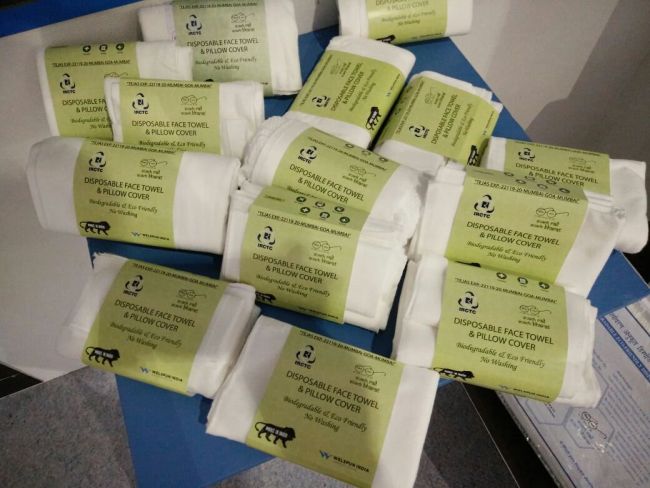 Speaking about the waste generated by railways daily, according to a survey done by Centre For Science and Environment (CSE), estimated amount of paper cups waste is more than 14 lakh (14,73,500), paper containers is 9 lakh (9,26,200), mineral water bottles is 84 thousand while water pouches is 5 lakh (5,89,400).

Indian Railways is the largest railway network in Asia, and also the biggest waste generator in the country, but, till date there is no comprehensive system to collect and manage this enormous amount of waste. According to the Solid Waste Management guidelines, it is mandatory for railways to handle the disposal of the garbage generated by them within the station, the rules also says that segregation of biodegradable and non-biodegradable waste is important, but, most of the times the waste which is spread across the length and breadth of the country’s rail tracks, contaminate land and soil, and pollute the waterbodies, highlights the CSE survey.

In a bid to tackle the environment concerns, these steps are being taken by the railways, the senior official from the Railways adds, slowly we want to change the reality of Indian railways, from vast waste generators to efficient managers of waste; we want to come up with eco-friendly solutions as much as possible. Once we are successful in implementing the eco-friendly products across the rail networks, the next step will be planning of proper disposal facilities.

Statistics by the Western Railways also reveal that an average of five complaints are filed related to hygiene and swachhta every month at its Mumbai division, thus the railway board decided to come up with these eco-friendly solutions there on a trial basis. The eco-friendly products were introduced last year on a trial basis on the Mumbai-Central Jaipur, where mostly all the passengers gave positive feedback. The senior official says, “The railway board plan is to carry out more trials before extending it to other trains.”

However, this is not the first step Indian Railways have taken towards Swachh Rail-Swachh Bharat, recently the existing toilets in most of the trains of both air conditioned (AC) and non-AC coaches were given a premium makeover, with swanky fittings and other amenities in order to improve passenger experience and make the Swachh India dream a reality. The new washrooms apart from having western-style bio-toilet seats (A seat that converts human excreta into water and gas) also had a modular wash basin. In addition, the railways has also launched a comprehensive plan asking for commuter feedback on cleanliness in the trains. Another major step launched is that of the SMS-based service called – Clean My Coach Service, where a passenger can request for a dirty coach to be swept and cleaned by sending just an SMS.

Delhi Is ‘Out Of Breath’: As Air Quality Gets 10 Times More Polluted Than Permissible Limit, Primary Schools To Remain Shut Tomorrow