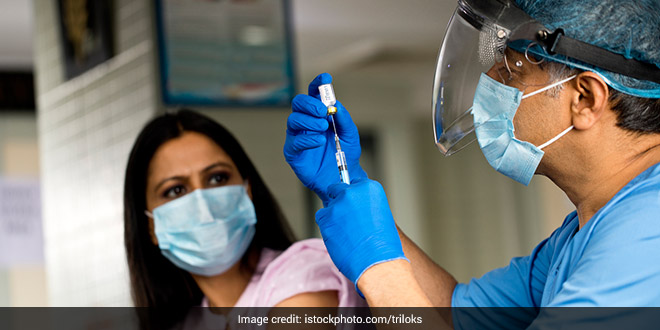 New Delhi: The gender disparity in India’s COVID-19 immunisation drive has narrowed, government data showed on Wednesday (August 4), as pregnant women are now allowed to get their shots and authorities try to dispel rumours about fertility. Women have received about 47 per cent of the 481 million vaccine doses administered in India, nearly in line with the gender ratio in the country, the data showed. Men have now received 13 per cent more doses than women, compared with about 17 per cent in early June.

India officially started vaccinating pregnant women only in July and has been running ground-level campaigns to encourage them to get their shots, according to the government. It has also sent teams of grassroots health workers to towns and villages to dispel fears that vaccines affect fertility.

A communication strategy is in place which is being implemented across “sustain vaccine confidence”, the health ministry told parliament on Tuesday (August 3), highlighting the efforts to reach out to more women.

India has administered the most number of coronavirus vaccine doses in the world after China, according to the government’s Co-Win website, but lags many countries in terms of per capita inoculations. The country wants to immunize all its adult population of 944 million by December and has given at least one dose to nearly 40 per cent of them.

It has reported about 31.8 million coronavirus infections, the most of any country except the United States, with more than 425,000 deaths.