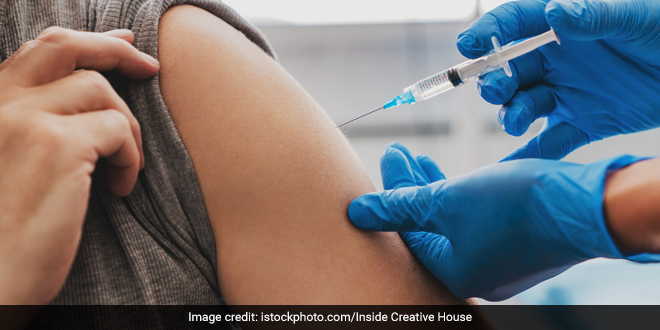 Indore: Over two lakh people received COVID-19 vaccine shot in Madhya Pradesh’s Indore on Monday (June 21), setting a record for the highest number of vaccinations in a single day for any district in the country. As the new phase of universalisation of COVID-19 vaccination commenced from Monday, in a landmark achievement, 80,95,314 doses have been administered on the first day of the new phase of COVID-19 Vaccination. This is the highest single-day number of jabs in the world. According to Indore Collector, Manish Singh, around 2,21,663 people were vaccinated under “Vaccine Mahabhiyan” in Indore, which is the highest single-day number of jabs administered by any district in the country.

Many times there was a problem in the server from the national level, a technical team of 70 people was formed and a control room was also established. The officers were on frequent tours in the city and in the countryside. The enthusiasm for the vaccine was also seen in rural areas and minorities. Some villages have reached the verge of 100 per cent vaccination. And in this way, Indore set the record for the highest number of COVID-19 vaccinations among cities in the country. In the next few days, it will be necessary for everyone to get the vaccine, he told ANI.

Sharing the strategy and preparations for the vaccination drive, Mr Singh said that the district administration had set a target of vaccinating two lakh people during the day.

Four days ago, we had been given a target to vaccinate two lakh people. Teams of the health departments, municipal corporations, district administration, private hospitals, hotel associations were made, said Mr Singh.

“Meetings of religious leaders, political parties, businessmen, and every section of the society were held for three days,” he added. “The entire preparation was done like elections, 40 focal centres were set up in the district where the vaccines were sent on Sunday night itself,” he added further.

To attract people, we were giving awards on behalf of the mall, due to which there was a lot of enthusiasm for vaccination among the people.

Saloni Panchal, who came to take the vaccine shot, said, “Today, I got my first vaccine shot. They are also giving us gifts, it was a good experience.”

Also Read: Any Death Or Hospitalisation Following COVID-19 Vaccination Cannot Be Automatically Assumed To Be Due To Vaccination: Centre

From Creating Role Models To Vaccinating At Home, Here’s How J&K’s Bandipora District Has Rolled Out COVID Vaccination