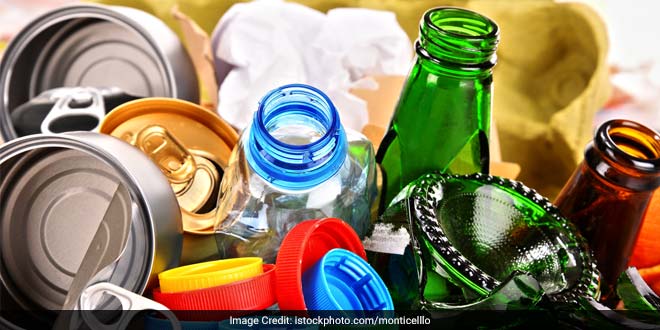 Chak Lala (Bishnah): For the residents of Chak Lala village in Jammu region’s Bishnah belt, kitchen waste has turned into an asset for locals, generating income and jobs, courtesy a pilot project. Solid and Liquid Resource Management (SLRM) is a concept by the Vellore-based Indian Green Service (IGS). In Jammu and Kashmir, two blocks, Akhnoor and Chak Lala, were selected for the pilot project, a senior official said. In the project by the Rural Development Department, a decentralized process of waste disposal is followed wherein the solid waste generated by households is separately composted and safely disposed, he said.
For primary segregation of waste, the Panchayat has provided two dustbins, one each for disposable and non- disposable waste, to 300 families of the village.
The waste is collected twice a day from these houses.
The project aims to save farmlands and the environment by eliminating the practice of dumping waste as well as generate job avenues for the locals.
Also Read: Thiruvananthapuram Goes Green, Bans Plastics Bags Within City Limits
The Rural Development Department has employed a dozen local workers to collect the waste for secondary segregation.
The non-biodegradable objects like plastic, bottles, paper, tin, polyethene are packed and sold in the recycling market. It generates revenue for the local’s part of the project.
Even eggshells, orange or lemon peels are segregated and sold separately to industries that use these products as raw materials for various activities,
Block Development Officer (BDO) Bishnah Nazia Chowdhary said.
This helps the waste products to be reused, she added.
The department has set up a pond to tap the liquid waste in which the non-dissolvable waste decomposes, creating feed for certain species of fish, ducks and frog. Plants like canna, banana and bamboo have been planted to absorb the rest of the liquid waste.
Also Read: 5 Countries That Have Revolutionised The Way They Tackle Waste
Minister for Rural Development Abdul Haq, during a visit to the plant recently, called for replicating the idea at Panchayat level to resolve the issue of waste management.
Noting that waste now seems like a resource, he said if the project is implemented in every village the government would be relieved of the problem of identifying sites for waste disposal.
The segregation would start from the kitchen and the waste would be disposed of in the village itself, without hurting the environment. The project also creates a source of income for the people living in the area, he said.
Haq said the project at Chak Lala has become an attraction as the pond seems to be a fresh water lake and directed the officials to construct a park around it.
Chowdhary said the department also plans to set up a biogas plant and the gas produced would be sold to the village at cheap rates.
The minister said the plant would help Panchayats to generate revenue by selling the waste product and also help in keeping the village clean besides providing employment to locals.
Also Read: Employment, Education, Empowerment: The Ragpickers Collective Changing Women’s Lives
Related Topics:
Solid Waste Management Waste Management
Up Next