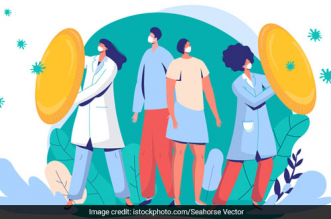 Thiruvananthapuram: Kerala has maintained good performance to contain the spread of COVID-19 outbreak, said Chief Minister Pinarayi Vijayan on Monday (July 13). In a daily briefing, the Chief Minister gave the details about four indicators where the state has performed well, that is, in mortality rate, disease spread, testing and recovery. “Kerala presently has a case fatality rate (deaths per 100 positive cases) of 0.39 per cent as compared to the national average of 2.67 per cent, whereas the world average stands at 4.38 per cent. The neighbouring states of Karnataka and Tamil Nadu have much higher case fatality rates. The number of deaths per million in Kerala is 0.9 as against the national figure of 17,” the Chief Minister said.

According to CM Vijayan, these figures are a testimony to the fact that Kerala was able to prevent COVID-19 deaths in a very good way.

These figures are not meant to prove anything. Rather, it is to expose the false propaganda that others are deliberately making it about the way Kerala is fighting against coronavirus. When it comes to testing, the government’s policy is to increase the number of tests, he said.

Our figures are way better than the other states. We are ahead in conducting COVID-19 tests. Our state is at the forefront of preventing outbreaks, controlling mortality and conducting adequate tests. That is why we have been able to get worldwide recognition for the COVID-19 preventive measures. The government and health workers are working together to maintain it, CM Vijayan further said.