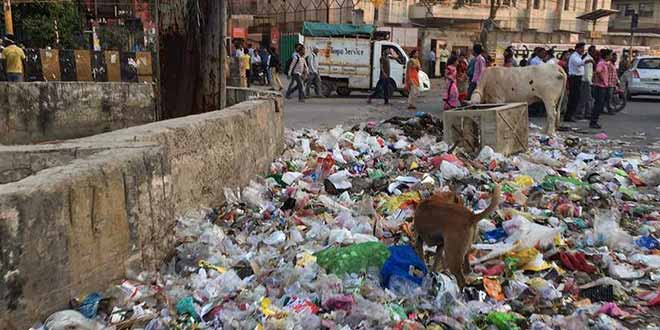 New Delhi: Expressing grave concern over the deaths due to vector-borne diseases like dengue and chikungunya, the Supreme Court on November 1 said the percentage of lives lost was more in Uttar Pradesh which indicated a “problem with the health care system” there. It said the lack of waste management was the cause for several lives being lost across the country due to the spread of these diseases, adding that there was a rise in the number of deaths in West Bengal, Maharashtra, Kerala and Tamil Nadu.

A bench comprising Justices M B Lokur and Deepak Gupta observed that solid waste management was a “crucial issue” and asked the Ministry of Environment and Forest (MoEF) to file an affidavit within four weeks regarding the implementation of the Solid Waste Management Rules, 2016.

Directing the Centre to file a comprehensive affidavit indicating the steps taken by it for implementation of these rules, the bench said “the cause of deaths (due to vector borne diseases) is waste and lack of waste management.”

At the outset, the bench referred to the affidavit filed by Delhi government’s health department and said the number of cases of vector-borne diseases in the national capital have come down this year compared to last year.

It said though number of deaths in Delhi was less this year, it has increased in states like West Bengal, Tamil Nadu, Kerala and Maharashtra.

“This is a cause of concern for us,” the bench said, adding that it would have to look into these aspect for the entire county and not only Delhi.

In Uttar Pradesh, the number of such cases are less but percentage of death was more. The problem is with the health care system there if they are not able to prevent deaths, it said, adding it was a subject matter of discussion in the national health policy.

Senior advocate Colin Gonsalves, assisting the court as in amicus curiae in the matter, referred to the Solid Waste Management Rules and said these have to be implemented effectively.

When the court was informed about a policy on disposal of garbage in Delhi, the bench observed that if the matter was Delhi specific only, it could be taken up by the Delhi High Court.

The court referred to the solid waste management rules and said that duties of various ministries, like MoEF and ministry of urban development, was specified in it.

It fixed the matter for further hearing on December 12.

Delhi government had earlier told the court that the national capital has witnessed lesser number of dengue and chikungunya cases this year compared to 2016 and the situation was “not bad”.

It had said that as per the data compiled by the municipal corporations of Delhi (MCDs) till October 7, 368 chikungunya cases were reported, while the all-India figure till this period stood at 8,726.

It had said that till October 7, 2,152 dengue cases were reported in the national capital which also included one death from the vector-borne disease.

Last year, Delhi had seen an outbreak of chikungunya and dengue. As per data provided by the civic bodies, there were 9,633 and 4,305 dengue and chikungunya cases respectively till December 3, 2016.

As per the data of this year, out of a total of 4,545 dengue cases reported in the national capital, 2,152 were residents of Delhi, while the rest were from other states. Of the 2,152 Delhi cases, 345 were reported this month.

Dengue and chikungunya are caused by the aedes aegypti mosquito, which breed in clear water.

The apex court had in 2015 on its own taken cognisance of the death of a 7-year-old boy due to dengue after being allegedly denied treatment by five private hospitals and subsequent suicide by his parents, and sought response from Delhi government.