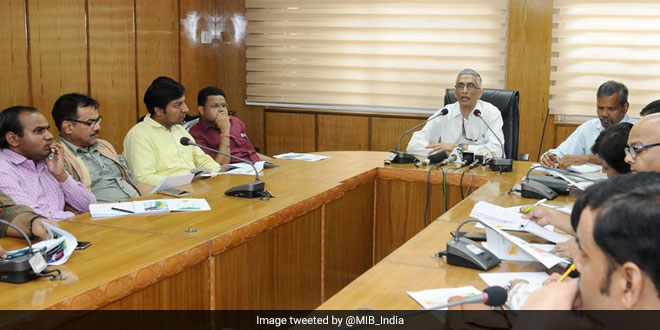 The campaign will be launched by President Ram Nath Kovind in Kanpur Rural on September 15. It will mark a series of events, including mass and voluntary cleaning drive of iconic places that would include several celebrities. During the fortnight, issues like garbage landfills, open defecation and others will be discussed. The campaign would conclude on Mahatma Gandhi’s birthday on October 2.

Ministry of Housing and Urban Affairs is focusing, among other things, on this as well. Landfills and dumping ground will all be under focus during that time, Mr Iyer said.

Asked about the migrant labourers in urban areas like Delhi who are forced to defecate in open, the Secretary said it’s an area that needs focus.

Migrant population is a reality mostly in urban areas but also in peri-urban areas. Efforts are being made to deal with it, though it requires attention, Mr Iyer said.

Sharing some data of the achievements during the last three years, the Secretary said that five states including Sikkim, Himachal Pradesh, Kerala, Haryana and Uttarakhand had been declared open defecation free (ODF), and 10 others will become ODF by March 2018. He added that 4.6 crore household toilets had been constructed and sanitation cover has gone up from 39 per cent to 67.5 per cent since launch of the mission.

According to the official data, 76 ministries are implementing Action Plans worth over Rs 12,000 crore with a specific budget code for cleanliness.

However, the official said that public awareness will be the focus of the campaign. “It is not about creating infrastructure, it’s about changing people’s mindset,” he added.