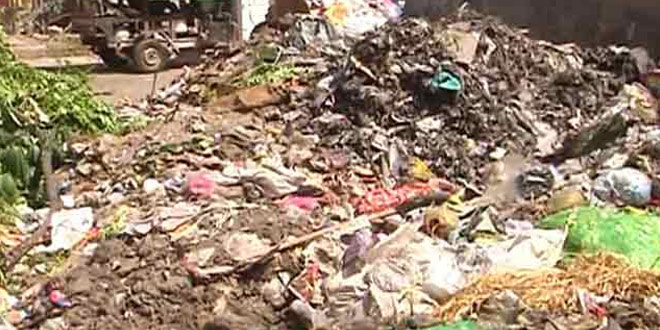 Chennai: The Madras High Court directed the Coimbatore collector to appear before on August 31 in connection with the dumping of waste from neighbouring Kerala in a private property in the district without approval.

Justice N. Kirubakaran passed the order on a petition from one S Ramaswamy of Chettypalayam, Coimbatore Taluk.

The judge said, “It is reported in the media that chemical waste, e-waste, and medical waste are transported from the state of Kerala and illegally dumped in the border district at Tamil Nadu causing pollution.”

The judge said the authorities should have acted on the media reports.

When a serious issue is raised which causes pollution and health hazard the authority should act with responsibility …, said the judge and directed the collector to appear before the court on August 31 and file a report.

The petitioner submitted that plastic sacks were frequently dumped on a vacant land adjacent to his residence.

It was found that the land-owner had leased out a portion of his land to Abdul Ali of Podanur and both of them were involved in transportation of harmful materials like medical and other wastes, he alleged.

No approval was obtained from authorities for the purpose of dumping the waste, he submitted.

A representation was handed over to the Tehsildar seeking immediate action. It was also brought to the notice of the executive officer, Chettipalayam Town Panchayat.

The tehsildar directed the land owner and the lease holder to stop the illegal act of dumping of harmful materials failing which they would be prosecuted under the provisions of the Code of Criminal Procedure (CrPc).

As no further action was taken, the petitioner gave a representation to the collector who, he alleged, had not given proper response following which the court was moved.

These Four States May Defeat India’s Fight Against Open Defecation