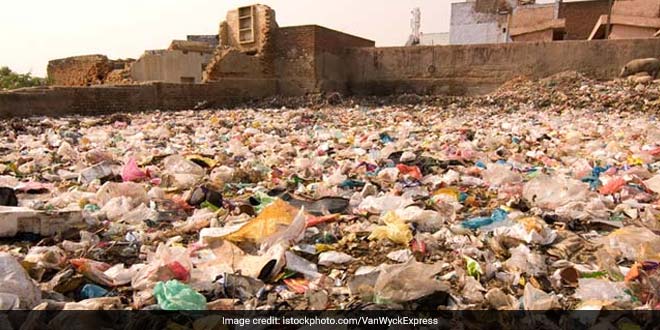 Panaji, May 30: From July, those who are found buying or selling plastic bags in Goa will be fined, Chief Minister Manohar Parrikar said today. Appealing people to inculcate a habit of carrying cloth bags in the markets, like what they used to do in the past, Mr Parrikar announced stringent measures to make the coastal state free of plastic bags.

“We need to do away with the plastic bags. From July onwards if we find anyone selling or buying plastic bag he will have to pay the fine, the chief minister said addressing a function here today. The fine won’t be a meagre amount. It will be hefty. It might be upto Rs 5,000 (each time). We might give some relaxation in the beginning in terms of the amount of fine, but we are strictly going to implement the ban,” he said. Mr Parrikar said the state government cannot perform if citizens behave irresponsibly.

We expect the state government to provide clean cities. However, we keep on throwing garbage on roadside, he said.

The state government has taken up an initiative to clear the highways of the garbage piles, but it is noticed that soon after the trash is removed, it resurfaces, he said.

We have now provided work stations to collect garbage on the highways. I appeal to people to hand over their garbage at these work stations rather than just throwing it on the roadside, he said.

There were certain elements who initially mocked the concept, but if you see now, the people have started talking about it and working for Swachh Bharat,he said.

Addressing a gathering, he said quality of education is a matter of concern owing to the ‘no-detention policy’ in schools.

We have decided to introduce an examination for the students (up to class VIII). The exam will be conducted in next six months (in the current academic year). We will assess the level of the students. We will not fail them but will put them for remedial classes, Mr Parrikar said.

He said the exam will not just make the education department assess the level of understanding of the students, but also that of the teachers.

Under the no-detention policy introduced by the previous UPA government, children are not failed till class VII. The decision was then taken to reduce pressure on students and avoid dropouts from school. The states which have sought changes in the policy have said that holding exams will encourage children to learn more.

The government will also introduce ‘upgradation’ and ‘training’ for teachers, so that the quality of education is not compromised, he said.