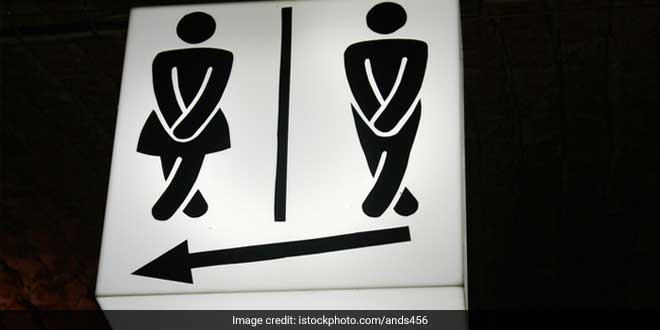 Lucknow: An additional assistance of Rs 12,000 will be given per toilet in urban areas to make the 655 statutory cities and towns in Uttar Pradesh open defecation free (ODF) under the Swachh Bharat Mission (Urban) by 2022. The decision was taken in a high level meeting to review the progress in the state of new urban missions launched by the central government during the last three years, an official release said.

In Uttar Pradesh, construction of about 8 lakh individual household toilets is the target, of which 1.56 lakh toilets have been built so far.

Under the Swachh Bharat Mission (Urban), government provides an assistance of Rs 12,000 per toilet, it said. Urban local bodies will now be provided an additional Rs 12,000 each to give a momentum to toilet building.

Under the AMRUT, 13.30 lakh urban households in Uttar Pradesh will be provided tap water connections, the officials informed the meeting.

Water supply and sewerage networks are being improved in the state under this mission with an investment of Rs 11,176 cr. Parks and open spaces are being developed in cities and towns at a cost of Rs 246 cr, they said.

Chief Secretary Rajive Kumar directed officials concerned to ensure that adequate number of housing proposals is sent to the Centre regularly over the next one year for approval so as to meet the demand for affordable housing in the state. He also directed to ensure time bound implementation of various projects in Varanasi, the Lok Sabha constituency of Prime Minister Narendra Modi.

After the official level review, Secretary at the Union Housing and Urban Affairs Ministry Durga, Shanker Mishra, met Chief Minister Yogi Adityanath and briefed him about the urban missions.

The chief minister was given a detailed account of development projects in Varanasi, including redevelopment of the Varanasi Nagar Nigam building. Chief Minister Adityanath suggested to Mr Mishra to explore providing proper connectivity between Delhi and the proposed airport at Jewar in Greater Noida.