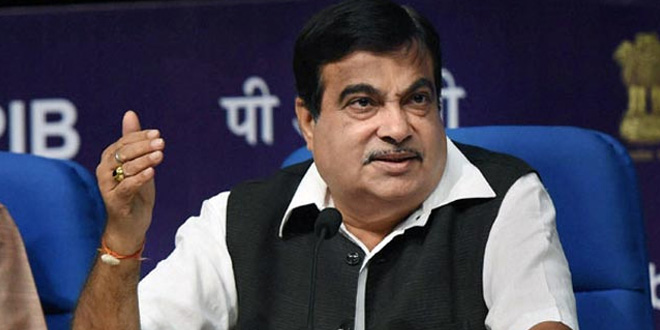 New Delhi: Union Minister for Road Transport and Highways Nitin Gadkari announced on February 15 that the government was not considering a national policy on electric vehicles. The announcement contradicts the Union government’s earlier stance of replacing all vehicles on India’s roads with e-vehicles by 2030, an idea that was met with skepticism by car manufacturers across India. At a press conference, Mr Gadkari along with NITI Aayog CEO Amitabh Kant said that there was no need for an exclusive e-vehicle policy right away.

In September 2017, Mr Gadkari had said that car manufacturers must switch to eco-friendly options to lessen vehicular emissions and all cars on India’s roads would be e-vehicles, by 2030. As per the government’s earlier vision, it estimated 6 million electric vehicles on India’s roads by 2020. Reacting to the earlier stance, several auto manufacturers had voiced their concerns as having only e-vehicles on roads by 2030 seemed an improbable target, due to both cost and infrastructural constraints.

One of the drawbacks of the government’s earlier stance was the lack of infrastructure. E-vehicle charging points in India, especially in tier 2 and 3 cities are low in number. Without developing enough such charging points, setting a deadline was overambitious, felt auto experts.

Merely setting a deadline would not have worked anyway, as switching to e-vehicles is completely will be a long process, taking years. A gradual approach, concentrating on improvement of infrastructure such as e-vehicle charging points, domestic manufacture of e-vehicles, development of low-cost e-vehicles should be taken up by the government, said Vineet Mishra, Chief Programme Director, Collaborative Clean Air Policy Centre.