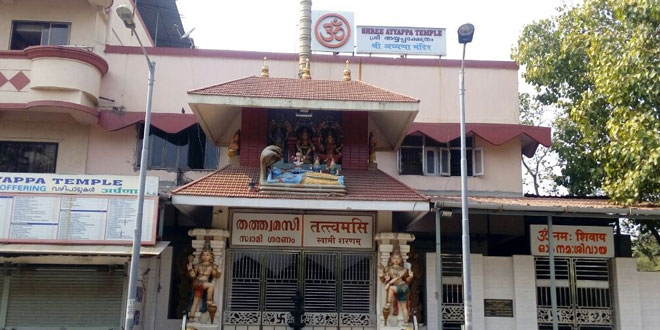 New Delhi: India’s growing garbage crisis, which was once treated as a huge liability is gradually being treated as an asset, thanks to the mass awareness created under Swachh Bharat Abhiyan. Both, the government and the common man are equally responsible in making trash a resourceful item. Among the many initiatives taken by people to responsibly manage waste, Mumbai’s Ayyappa Temple is a shining example. The famous Hindu temple which is dedicated to lord Ayyappan, has come out with a unique hybrid system that will help the temple to not only generate electricity from wet waste but also shift to renewable energy for power.

The temple, situated in Goregaon’s Bangur Nagar, recently set up a biogas plant and solar panels to generate and store electricity. All the wet garbage which consists of food waste and floral waste first gets treated through composting method which releases methane gas. With the help of biogas digestor, the gas is converted into electricity. The produced electricity is stored in generator or inventor with the help of solar panels. 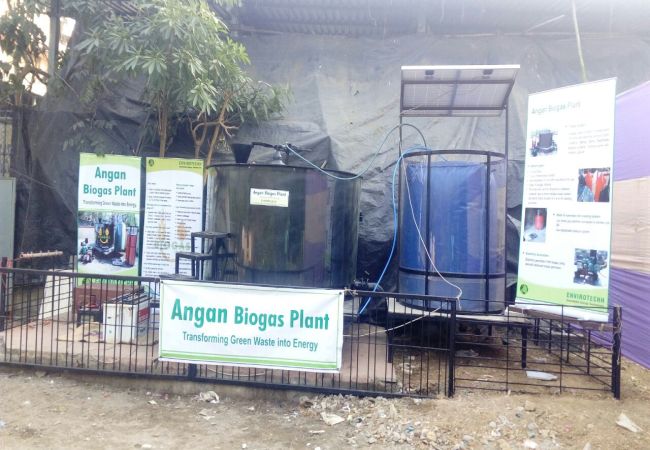 After being accorded the cleanest religious institution in Mumbai by the Brihanmumbai Municipal Corporation last year, the temple decided to improve its existing waste management strategy.

Maintaining cleanliness on our premises, ensuring sufficient bins and toilets, practising waste segregation were some of the principles we have been practising since many years. With the nation’s attention on the country’s mounting garbage, we thought of preventing our waste from going to the landfill altogether and instead utilise it. During the same time one of our temple members proposed the idea of converting waste into electricity and with everyone’s consent we turned the idea into a reality, says Suresh Menon, Secretary, Ayyappa Seva Samgham Bombay Trust. 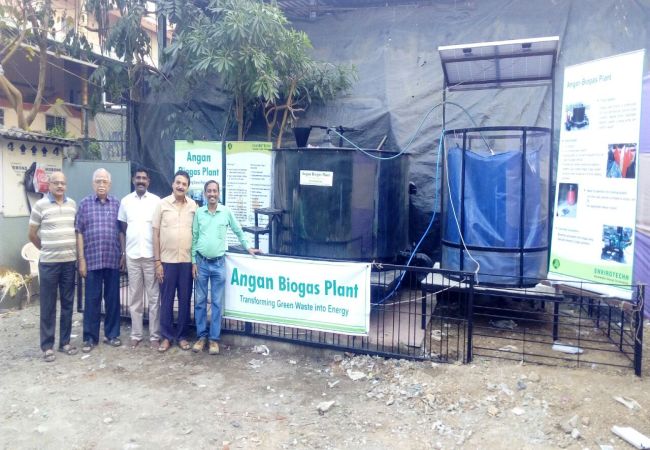 On an average the temple witnesses an influx of 3-4 lakh visitors’ everyday thereby generating ample amount of flower waste. Besides, the temple also generates huge volumes of food waste daily as it feeds the poor round the year. Overall, the temple generates 80-90 kilos of wet garbage every day, an amount which may seem small, but still adds to Mumbai’s ever growing waste woes, but if composted well can produce electricity for a small community hall.

More than dry garbage, which can generate revenue, it is the wet waste that is burdening our city’s landfill site. The only way to prevent landfills from overflowing or catching fires is to manage it at the grassroots level. With the mandatory waste segregation and composting rule, many societies are struggling to follow the norm due to space constraints. In such a scenario, installing a small bio-digestor and practising anaerobic composting can be a viable option. I wanted to highlight this to people and assure them that no big financial or time investment is required. Thus I volunteered to help the temple with this project, says Harish Mistry, one of the trust members who suggested the idea and worked out the logistics.

The hybrid system has benefited the temple in more ways than one, “The project is not only supplying power to the temple’s community hall but is also providing gas for cooking. We save money on cooking gas and transporting kilos of waste to the nearby dumping yard,” adds Mr Mistry.  The project, which is at the pilot level, will be expanded in the coming months to increase the biogas output and eventually power the entire temple along with their community hall.

In the next 2-3 months, the temple authorities are planning to come up with a waste water treatment plant to reuse its water confirmed Girish Nair, one of the trustees.

Presently we are in the conceptual stages of trying to work out different options. By recycling the waste water and generating electricity we want to put forward a strong message of sustainability. The whole idea is to make the temple a role model and encourage different communities to adopt simple ways of liquid and solid waste management, explains Mr Nair.