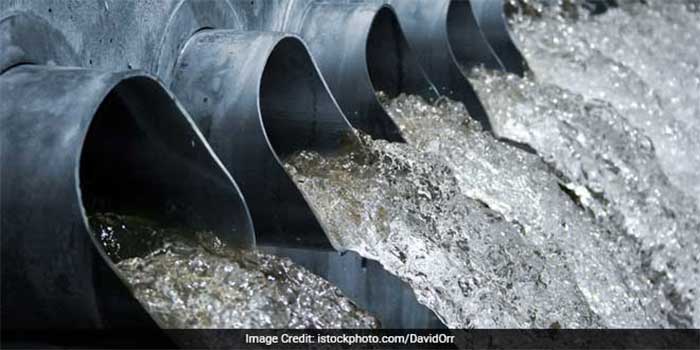 New Delhi: The National Green Tribunal (NGT) has slapped a fine of Rs 2 lakh per day on the UP State Industrial Development Corporation (UPSIDC) for a non- functional waste treatment plant in Ghaziabad’s Tronica City. This had resulted in industrial pollution in the area. The integrated industrial township was conceived in the 1990s to develop the industrially-backward area of Loni and to attract the untapped entrepreneurial skills of northeast Delhi. Despite an undertaking by UPSIDC that it would remove the deficiencies and make the sewage treatment plant (STP) functional, the directions had not been complied with till date, a vacation bench headed by Justice Jawad Rahim said this week.

The green panel directed UPSIDC to pay the fine to the state pollution control board till the STP was made functional and the orders were complied with.The report submitted by Central Pollution Control Board speaks volume of the inaction on the part of UPSIDC, as a result of which there is a severe pollution and adverse impact on the environment.

In the given circumstances, we are unable to accept the request of Sushil Kumar, Junior Engineer of UPSIDC to grant adjournment as they are unable to make any statement in the absence of their advocate. There is no justifiable reason for granting further adjournment. Hence, we impose cost of Rs 2 lakh per day to be paid by UPSIDC, the bench said.

The order came on a plea filed by Ghaziabad resident Rashid Ali Warsi and others seeking directions to UPSIDC to make operational the common effluent treatment plant (CETP) installed by the industrial units in Tronica City.

The NGT had last year ordered inspection of the units by the UP Pollution Control Board (UPPCB) and asked it to analyse the effluents released from them. UPPCB had told the tribunal that CETP run by the units lacked the consent to operate.