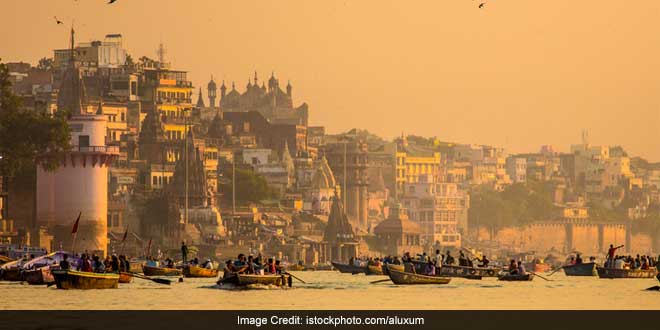 The Garh drain is just one of the 30 most polluting drains which release their discharge into the river Ganga between Haridwar and Kanpur.

The bench while cross-examining the officials found that the STPs for the Garh drain that discharges 13 million litres per day (MLD) of effluent in the river were constructed without prior analysis of the pollution load and effluent types. There are two STPs over Garh drain — an operational three MLD capacity STP and another six MLD capacity under-construction.

“You sit and keep wasting public money… Ganga is not cleaned because of officers like you,” Kumar said to the UPJN officials.

The Tribunal directed the CBI director to appoint a senior officer for the investigation.

The whole project is worth Rs 31.8 crore, officials informed the Tribunal.

“On what basis you prepared the detailed project report (DPR) and fixed the STPs capacity to be six MLD… The methods used by the Joint inspection committee (for STPs DPS) were right or wrong… How shameless can you be,” Justice Swatanter Kumar asked the silent UPJN officials.

The tribunal also asked the UPJN Assistant Engineer involved in the inspection, who said that seven years back while detailed project report (DPR) for STP was being formed he had pointed out that the “methods used to measure the discharge were wrong”.

Justice Kumar said the bench was of the view that public fund was being “wasted” by officers who “do not perform their basic functions” of analysis and groundwork on the quality and quantity of waste before preparation of the detailed project report.

“It will not only help us find out the irresponsible manner in which these projects are being carried out, but also ensure proper sustainable development and controlling the pollution in the river Ganga,” Kumar said.

The UPJN officials also passed the buck on the civic body of Garhmukteshwar, claiming that the latter did not connect local drains to the major drain routed towards the STP.

The bench directed the executive officer of Nagar Pailka Parishadh (civic body) Garhmukteshwar, to be present before it on Wednesday (February 15).

Since February 6 this year, when the Supreme Court forwarded the 32-years-old matter of Ganga pollution, the tribunal is hearing the case on a daily basis. Last week, the tribunal slammed the government agencies for wasting public money and directed them to work together to give shape to the Prime Minister’s much ambitious ‘Namami Gange’ project.