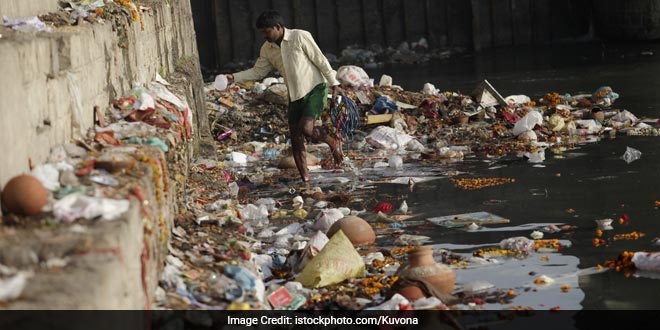 New Delhi: A plea alleging that reckless dumping of municipal solid waste in Noida was polluting the air, has led the National Green Tribunal (NGT) to seek responses from the Centre and the Uttar Pradesh government on the issue. A bench headed by Justice Jawad Rahim issued notices to the Ministry of Urban Development, the Chief Minister Yogi Adityanath government, Noida authority and others while seeking their replies before September 14.

The tribunal was hearing a plea filed by Noida resident Abhisht Kusum Gupta seeking action against increasing heap of open garbage dump at Sector 138-140. Solid waste was being brought to the site through trucks by Noida authority on regular basis and dumped in a careless manner leading to a nauseating smell, the petition said.

Residents in the nearby apartments across the street can’t keep their balcony doors open as stench from the dump yard reaches straight into their apartments. We have taken our complaints to the Noida authority but no solution has come forth on this, the plea alleged.

The garbage dump in the region was created as a temporary garbage dump by the Noida authority two years ago, the plea said.

The plea has sought directions to immediately stop dumping of waste on the site and that no construction should be allowed in the area until a designated place for waste disposal is earmarked.

The authority was supposed to transfer its solid wastes to Astoli, a spot identified for garbage recycling, 50 kilometers away from Noida. No real solution for solid waste management has transpired in the city over 40 years of its existence, the plea said.