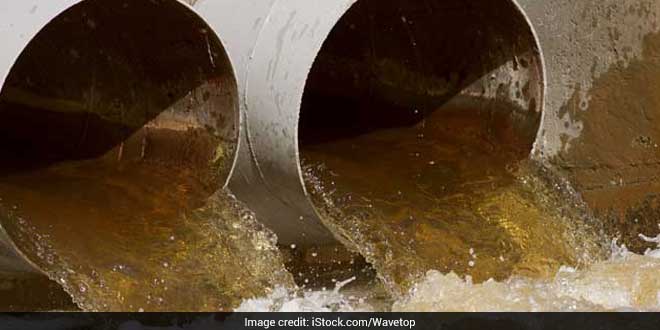 New Delhi: The National Green Tribunal on July 6 took note of a drain clogged with garbage and municipal solid waste near a residential colony in North East Delhi and sought reply from the Delhi government on the issue. A bench headed by NGT Chairperson Justice Swatanter Kumar issued notices to the AAP government, the East Delhi Municipal Corporation (EDMC) and the Public Works Department and sought their reply before July 11. The tribunal asked the authorities to show-cause why appropriate action should not be taken against them for violating the orders of the NGT.

Also Read: NGT Halted The Work On A Waste Treatment Plant In Besai Wetland Due To Its Adverse Impact On The Water Body

Advocate Balendu Shekhar, appearing for EDMC, said that although the area falls under the jurisdiction of the corporation, however, the responsibility of cleaning the drains is with the Irrigation & Flood Control Department of the Delhi government.

The order came after the NGT took suo motu cognisance of a media report and picture showing a drain clogged with municipal solid waste near a residential area in Seelampur here. The tribunal had earlier said that municipal solid waste is one of the most serious pollutants in the country especially in Delhi and announced a fine of Rs 10,000 on those found throwing waste in public places.

The green panel had said that all authorities are under “statutory” obligation to ensure that waste is “collected, transported and disposed” of in accordance with Solid Waste Management Rules, 2016 so that it does not cause public health hazards.

Ganga And Yamuna Are Not Living Entities, Rules Supreme Court