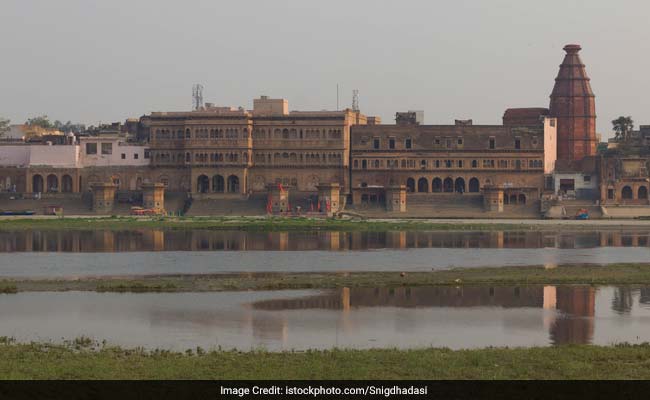 The National Green Tribunal (NGT) refused to allow construction activity on the Yamuna riverfront in the temple town of Vrindavan. The Uttar Pradesh government, under the Vrindavan rejuvenation project, has proposed “expansion, renovation and beautification” work of three kilometre riverfront from Kesi Ghat to downstream of river Yamuna. The project which proposes expansion of Kesi ghat by 750 metres into the river floodplain, also involves a mechanism to clean tributaries entering the river and construct interceptor drains to counter overflow of sewer into the river.

The NGT had on November 30 stayed the construction and directed the authorities not to carry out any activity in the river bed till the next date of hearing. A bench headed by NGT chief Justice Swatanter Kumar today refused to vacate its stay order and directed the Ministry of Water Resources to file its reply in two weeks. “Interim order to continue. The Ministry of Water
Resources shall file its reply within two weeks and in the event of default it shall be liable to pay a cost of Rs 50,000,” the bench said while posting the matter to March 21.

The tribunal was hearing a plea filed by nature enthusiast Akash Vashishtha, who claimed that reclamation of the eco-sensitive Yamuna floodplain is being carried out in gross violation of Water (Prevention and Control of Pollution) Act, 1974 and the provisions of the EIA Notification of 2006. The plea, filed through advocate Rahul Choudhary, had contended that the project proponent was encroaching right into the river floodplain in order to create space for a new ghat and an interceptor pipeline.

This expansion was taking place over and above the already encroached land consisting of illegal colonies and other construction projects.

Direct the concerned respondents to restore the river bed and floodplain of Yamuna and its ghats after removing the pipeline and any other construction done, and demolition and removal of 21 colonies identified by Mathura-Vrindavan Development Authority as illegal, the plea had said.

Related Topics:
National Green Tribunal River Clean Up
Up Next

Could eToilets Be The Solution To India’s Sanitation Problems?