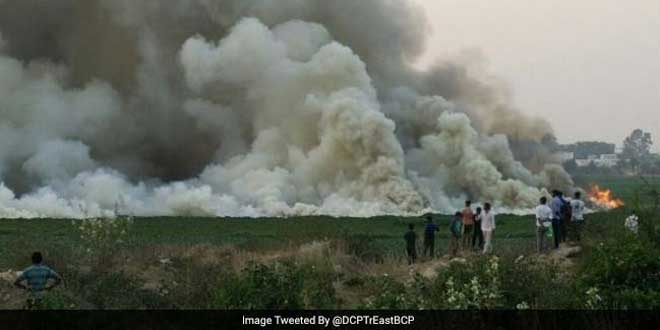 The Bellandur lake fire last week caught national attention. The highly polluted lake caught fire on February 17, allegedly due to toxic elements in it. The fire, which was visible for three hours not just brought to fore the extent of pollution in the lake but also the mismanagement of waste disposal techniques.

The Karnataka State Pollution Control Board (KSPCB) had already issued strict guidelines to civic bodies like the Bruhat Bengaluru Mahanagara Palike (BBMP) and Bangalore Development Authority (BDA) to inspect the sewage treatment plants in the adjoining areas. Warnings have also been issued to Bellandur residents, asking them not to dispose garbage or waste materials in the lake or adjoining areas. 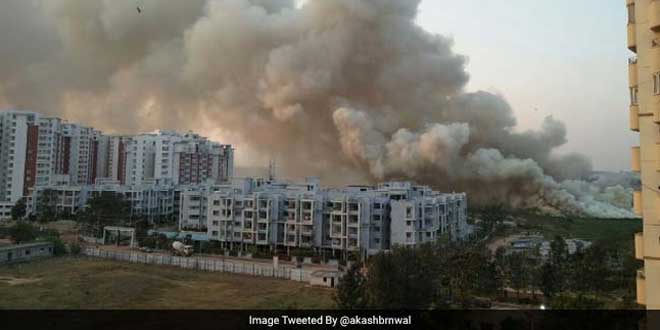 Smoke rises from the Bellandur lake.

On Wednesday, the National Green Tribunal reprimanded the government agencies over the fire and asked them to come out with a list of steps being undertaken to revive the lake. The agencies have been asked to provide a concrete plan of action regarding pollution control in the lake.

A bench headed by NGT chief Justice Swatantar Kumar directed the Bangalore Development Authority and the Bangalore Water Supply and Sewerage Board to file an affidavit within two weeks explaining what steps they have taken for preservation of the lakes in the city.

It was an air-cooled city, but you have made the mockery of environment. You can’t ruin the city…explain why should we not prosecute you under the Environment Protection Act, 1986, Justice Swatanter Kumar said.

Bellandur Lake, the largest of the 262 lakes and tanks in Bengaluru, receives about 40 per cent of the city’s sewage. Previously, in May 2015 and August 2016, froth over the Bellandur Lake had caught fire due to formation of flammable methane gas. 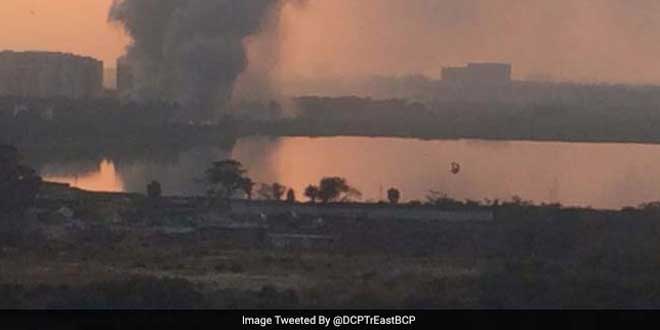 A distant view of the Bellandur lake on fire.

The Union Environment Ministry last year said that everyday about 1,280 million litres of sewage is generated in Bengaluru, while the city’s infrastructure has the capacity to handle only 721 million litres of sewage. Since 137 out of 500 sewage treatment plants (STPs) are defunct, only 600 million litre sewage is treated and the rest goes to the lakes. The KSPCB has sent out chemical analysis of the water samples regarding the cause of the fire.

We have sent samples to test them for heavy metals in the water. We hope to receive the report soon so that we can determine the fire’s cause, said Mr. Lakshman, Chairman, Karnataka State Pollution Control Board.

Is Electronic Waste Being Dumped Along The Ganga? NGT Orders Probe