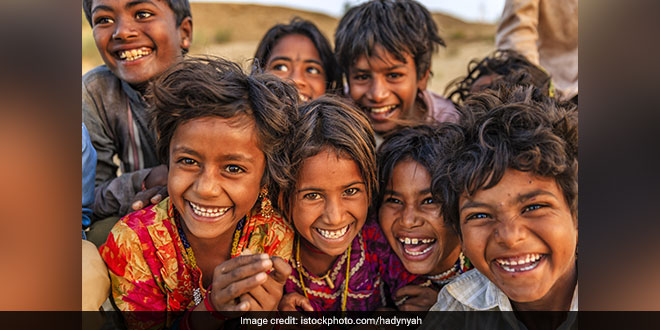 New Delhi: A nutrition surveillance system has been established in six states for real-time monitoring and early identification of people vulnerable to malnutrition, the National Institute of Nutrition (NIN) has said. The system has been developed by the institute on the directions of the government and established in Maharashtra, Meghalaya, Odisha, Kerala, Madhya Pradesh and Telangana. The NIN is collaborating with the government on several projects under the Poshan Abhiyan or National Nutrition Mission, which was launched by the Centre in 2018 to reduce low-birth weight, stunting and undernutrition, and anaemia among children, adolescent girls and women.

The nutrition surveillance system carries out real-time monitoring based on the assessment of nutritional problems and analysis of causes or consequences, and it takes action to mitigate the problems, senior NIN researcher Sreerama Krishna said.

Also Read: Expert Blog: Why Is The Focus On First 1000 Days From Health Perspective Of Mother And Child?

Mr. Krishna said the system identifies individuals nutritionally at risk and tracks them. The system also identifies the causes of undernutrition among high-risk individuals and also promotes convergence among primary stakeholders of nutrition for early initiation of action.

Under the nutrition surveillance system, nine questionnaires have been developed, pre-tested and finalised after conducting mock surveys in the six states, he said.

The finalised paper based on the questionnaires were converted into digital questionnaires using a special software developed by the NIN-TATA Centre in Hyderabad.

These questionnaires were uploaded on tabs, which were distributed to anganwadi workers. The anganwadi workers have been trained to use the tabs and they submit reports online to central servers. The convergence between the nodal departments of women and child development or social welfare and with the primary stakeholder departments like health, agriculture, education, rural works and sanitation was achieved to some extent in the selected blocks, Mr. Krishna added.