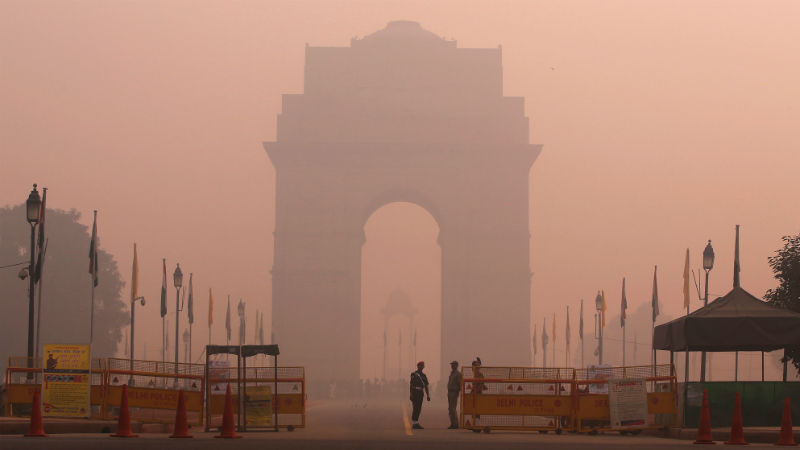 New Delhi: The Delhi government has called off the roll out of Odd-Even scheme, reports ANI. The decision was taken in an emergency meeting by Chief Minister Arvind Kejriwal after the National Green Tribunal’s (NGT) order giving a go-ahead to the scheme but with conditions like no exemptions for two-wheelers, women and government vehicles. The government plans to go back to the Green Tribunal on Monday to seek review of its decision to not exempt two-wheelers and women drivers, said Kailash Gehlot, Delhi Transport Minister. The Odd-Even 3.0 which limits cars with license plates ending in even numbers to run on one day and odd numbers on the next day was to roll out from Monday, November 13 to 17 from 8 am to 8 pm.

In light of the the two conditions by NGT on 2 wheelers & women, at the moment we are calling it off. We will go back to NGT on Monday, file a review petition for them to reconsider their decision regarding the two: Kailash Gehlot, Delhi Delhi Transport Minister #OddEven pic.twitter.com/DIPYSyV08f

There is no exemption at all, #OddEven will be implemented even on VIPs, only emergency vehicles will be exempted: Rajiv Bansal, Counselor for DDA

NGT has also asked Traffic Police to deploy its personnel at traffic lights and ensure Odd-Even scheme is strictly followed.

The green panel also asked the Delhi government to reconsider their decision of hike in parking fees 4 times and added,

Won’t the hike of parking fees only benefit the parking lots, and would stress people even further, thereby encouraging them to park vehicles on the roads instead, choking them in the process?

Apart from the Odd-Even decision, NGT has directed all the neighboring state Governments and departments, including Delhi police, to cooperate and coordinate better.

Alongwith Odd-Even, which has been implemented twice before in 2016, the government had banned construction activities and the entry of heavy vehicles like trucks in the city. The Green Court on Friday also suggested a series of strict actions to Delhi government in order to combat Air Pollution. Firstly the green court suggested the government should impose Rs. 1 lakh fine on builders found violating directions, as construction work has been halted in view of smog and air pollution in the national capital.

Secondly, the court also directed other states like Punjab, Uttar Pradesh and Haryana to ensure no crop burning incident gets flagged from their area. If any incident is reported then a considerable amount of fine will be charged from the salary of responsible officer.

Since Tuesday, Delhi has been choking under the blanket of thick smog as air quality in the world’s most polluted capital city reached hazardous levels. According to the US embassy website levels of the fine pollutants known as PM 2.5 that are most harmful to health in the city reached 703, more than double the threshold of 300 which authorities class as hazardous.

#MyRightToBreathe: As Delhi Witnesses Health Emergency, Here’s What Health Experts Have To Say

Delhi Air Pollution: Green Tribunal Gives A Go Ahead To Odd-Even From November 13, But With Major Changes