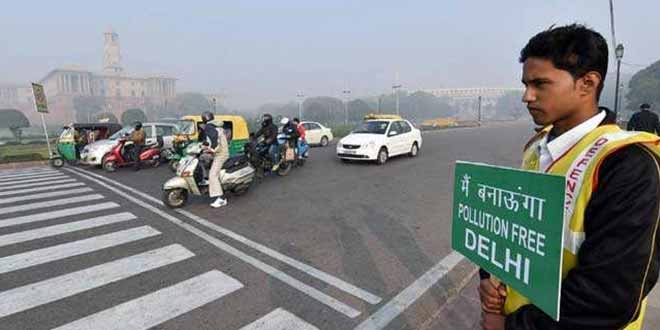 New Delhi: Odd-even car rationing scheme or a ban on automobiles are no solutions to Delhi’s pollution problem, Union minister Nitin Gadkari said while calling for a holistic approach to mitigate the impact. Pressing for a scientific study to assess the reasons and suggest measures to mitigate pollution, the road and transport minister also called for concerted efforts in the direction of environment-friendly transportation and biofuel production from farm waste like paddy stubble. “Delhi pollution is not related to only automobile pollution. It is not such a case that the problem of pollution will be solved if odd even is introduced. “If vehicles are stopped or converted into electricity, still there is no guarantee that the pollution will be stopped completely. Climatic changes are also behind it and there is need of a holistic approach,” Gadkari said.

The minister said he has written to Environment Minister Harsh Vardhan to look into the Delhi’s complex problem and get it studied by experts including international consultants. Also, the minister said that Eastern Peripheral Expressway will be completed by January and along with Delhi-Meerut Expressway project and other projects worth Rs. 40,000 crore to decongest Delhi will contribute significantly in curbing pollution. The Rs. 40,000 crore projects include plans for Dhaula Kuan stretch, Dwarka Expressway and a Ring Road for Delhi the cost for which will be borne jointly by the Centre and Delhi Government.

Fifty percent pollution from automobile in Delhi will be removed after these projects as vehicles from Punjab, Haryana, Himachal, Uttarakhand, Rajasthan and Uttar Pradesh will not be required to enter Delhi, he said.

Urging farmers to produce ethanol and biofuel from stubbles instead of burning, the minister said this can fuel vehicles including motorbikes on flex engines to be launched shortly. “A tonne of rice straw can produce 430 litre ethanol,” he said.

He said electric transportation could ease the situation a bit like Nagpur which has 200 electric taxis that are going to swell to 1,000 next month. Also to minimise dust during the advent of winters, the NHAI is mulling to remove dust from roads through vacuum cleaners, he said besides stressing the need to promote waterways.

There is a dredging project for Yamuna to reach Taj Mahal via waterways,” he said adding, promoting waterways will also ease burden from roads.

The minister said he is “sensitive to ecology” and 10 crore saplings of trees will be planted on the banks of Ganga besides instructions have been given to NHAI and contractors to take stringent steps to curb pollution during highways construction.