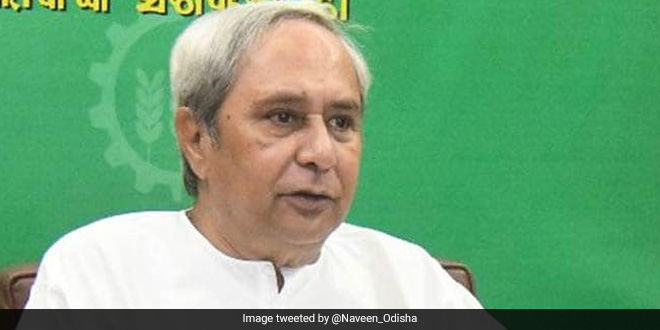 Bhubaneswar: After bestowing the power of district collector to village heads, Odisha Chief Minister Naveen Patnaik on Wednesday administered an oath to over 6700 Sarpanchs to work towards keeping their areas free from infection. The village heads from all the 6,798 Gram Panchayats took the pledge administered by the CM through video conferencing. I take the pledge to sincerely work towards containing the spread of novel coronavirus in my panchayat for the public good. I will ensure keeping the people coming from other states in quarantine and look after their stay, food and treatment, read the pledge.

They also promised to implement the guidelines of the state government to prevent the spread of the highly infectious disease. While interacting with some of the sarpanchs, CM Patnaik said that he has full confidence in the efficiency of the elected people’s representatives and therefore empowered them with the collector’s power. He said,

I am sure, if you sincerely follow the government’s guidelines, coronavirus cannot enter in villages and panchayats. Do good works. Me and my government are with you

The state government’s action appears to have come in anticipation of the return of about 5 lakh workers stranded in different states during the lockdown to their villages after the nationwide shutdown is lifted.

Majority of the returnees will come from COVID affected states and they will directly go to the villages, Panchyati Raj Secretary D K Singh told the sarpanches. He said the state government has already made quarantine arrangements for all the returnees at panchayat levels.

As according to the reports about 80 per cent of people testing positive in different parts of the country are asymptomatic for coronavirus, the government has made putting those coming back in isolation mandatory, Mr. Singh said, adding a dedicated portal will be launched on April 24 for registration of these people.

Since most of the returnees belong to the working class, the government has decided to give each of them Rs 2,000 as incentive money on completion of the 14-day quarantine period, Mr. Singh said, adding a nodal officer will be appointed for each gram panchayats. This apart, the Block Development Officers (BDOs) are also told to set up a 5-member monitoring team for every panchayat. Panchayati Raj Minister Pratap Jena, Chief Secretary AK Tripathy and Chief Ministers private secretary V K Pandiyan also interacted with the sarpanches and answered their queries.

Coronavirus Will Be With Us For A Long Time: World Health Organisation