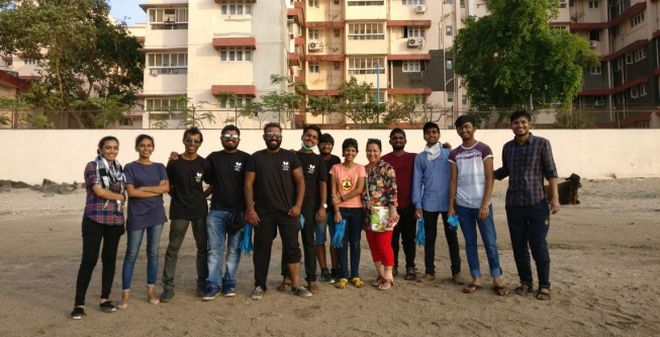 New Delhi: On Earth Day this Sunday, more than 400 Mumbaikars along with actor and United Nations Environment Programme goodwill ambassador Dia Mirza and Yuva Sena President Aaditya Thackeray will gather at Dadar beach with a motive to spread awareness on plastic pollution and how it is affecting the planet. The event is being organised by the ‘Save The Beach’ volunteers who for the last one year have been doing weekly clean-ups at the Dadar beach and are educating people about marine litter and motivating them to make it a clean beach just like Mumbai’s Versova beach. Giving details of the programme, Chinu Kwatra who spearheads the mission told NDTV,

The Earth Day in Mumbai will be all about – clean-ups and ditching plastic. We are pledging to plant more than 1 lakh trees in the city by World Environment Day in June. Moreover, we will also spread awareness about ongoing Maharashtra Plastic Ban and why it is good for the environment.

The event will start from 8 am with a clean-up at Dadar beach, where more than 200 tonnes of garbage has already been removed since the clean-up began in August 2017, followed by the opening ceremony of a new campaign by Dadar Volunteers – ‘Give pollution, take oxygen’, through which the volunteers will motivate people to ditch plastic from their lives completely.

Dia Mirza will officially kick-start this initiative, we have a special registration counter at Dadar that day where we will be accepting any types of plastic items. People can come there and even drop just a plastic bottle. In return, we will give them a plant. Not just on Sunday, we will be open to accept any form of plastics from that day onwards. The idea is to motivate people to ditch plastic from their lives completely and if they are in contact of any form then take the responsibility of disposing it off effectively, adds Chinu Kwatra.

Apart from the grand show in the morning, arrangement for an evening show has also been done. A light and sound show will be organised from 6 pm with a motive to show people how waste can be used to make items of daily utility. The lights that will be showcased will be made using used plastic.

We are organising this event to make Mumbaikars realise the need to respect the earth – it is the only planet we live in, we need to take care of it. And, we can only save it, if we do these basic things – clean-up and less usage of plastic, Chinu Kwatra signs off.